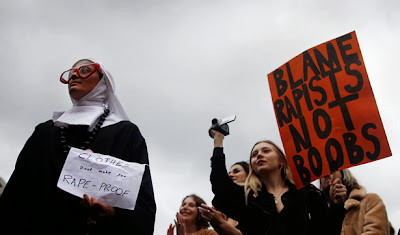 Statistics on rape incidents may still not be a good reflection of the extent of the crime. Stigmatisation of rape victims keeps the numbers low, a further armoury to the criminals.

In the United States, where about 80,000 cases of rape reported to the police from 2004 to 2010, according to United Nations data, US Justice and Department estimates 300,000 American women are raped annually, and the Centre for Disease Control says 1.3 million.

The 678 cases the Lagos State Police Command said it recorded between March 2012 and March 2013, should be seen as numbers: Unreported rape cases are on the increase. More alarming is that the epidemic affects underage persons. The media are replete with reports of young girls sexually violated, as young as three months.

According to a 2009 study in Clinical Psychology Review, in 65 studies from 22 countries, the highest prevalence rate of child sexual abuse was in Africa (34.4 per cent).

Obstacles abound in fighting rape. Section 353 of the Criminal Code Act treats rape discriminately. While unlawful and indecent assaults of a male person as felony punishable by three years imprisonment, Section 360 of the Act regards indecent assault of a woman, a misdemeanour, with two years’ imprisonment.

More obstacles — the laws expects collaborated evidence of a witness for a crime committed mostly secretly. If the case survives these encumbrances, the serious crime of having unlawful carnal knowledge of a girl of or above 13 years and under 16 years of age or of a woman or girl, who is an idiot or imbecile is punishable by two years’ imprisonment. The law never imagined rape of much younger people.

A bill is before the House of Representatives. A section of the bill reads, “Any man convicted of rape is liable to life imprisonment. Persons convicted of gang-raping any victim shall be liable, jointly and severally, to a minimum of 20 years imprisonment without an option of fine; where the offender is less than 14 years, he shall be liable to a maximum of 14 years imprisonment and a minimum of 12 years, without an option of fine.”

Society should stop blaming rape victims for the assault on them. Rape is a crime, the long walk to minimising it starts with rapists facing stringent punishments rather than society excusing their aberration for whatever reasons.

Please share your thoughts, we are waiting to hear from you.