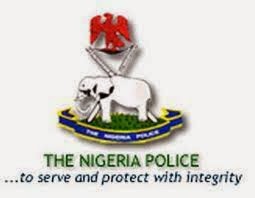 Just yesterday we posted Osun State’s rape record for 2013, today, Ekiti State is on the hot seat. According to reports, rape and murder topped Ekiti’s crime record for 2013. Well, inasmuch as this is frightening, we are indeed happy that victims of rape are stepping out of the “shame zone” and are reporting rape cases. We are also commending the police for their hardwork.

Read more about the report below.

The Ekiti State Police Command said in Ado- Ekiti, the state capital, on Tuesday that there were increased cases of rape and murder in the state last year.

The Commissioner of Police in the state, Mr. Sotonye Wakama, gave the hint while rendering the account of the command’s efforts in crime prevention and reduction strategy in 2013.

Wakama, who was represented on the occasion by the Police Public Relations Officer of the command, Mr. Victor Babayemi, said the recorded surge in rape and defilement were as a result of increased public enlightenment programmes on gender based violence and hard work on the part of the command.

He said, “At the end of every year, it is important for us to take a retrospective look at the previous year with a view to reappraising our efforts and performances vis a vis our mandate of protecting lives and properties.

“There has been significant decrease in some violent cases while the hard work and dedication of the personnel of the command accounted for the seeming increase in rape cases.

“A total of 432 suspects were arrested and prosecuted. Five armed robbers were killed and several others wounded during armed robbery encounter with the police.
“Five vehicles and 12 motorcycles were recovered, while a total of 22 arms and 56 rounds of ammunition were recovered during the past year.

“Also, properties worth N579, 464.00 were recovered and handed over to their owner. In spite of the various challenges confronting the command, we have been able to leave above board and that is why Ekiti State can be counted amongst the most peaceful and most secured in the country.”

Poem on #Rape: For Her by Fatou Wurie (@theFatoublog)