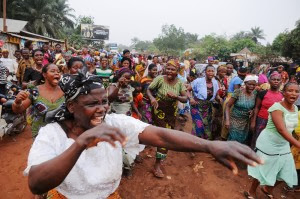 In a recent news by Daily Post, a pathologist with Central Hospital, Benin said on Monday that the hospital recorded more than 80 cases of rape from March to mid-October.

Dr Jude Uchendu, a Consultant Pathologist in the Department of Pathology and Forensic Medicine in the hospital, made the disclosure in an interview with the News Agency of Nigeria (NAN) in Benin.

He said that more than 90 per cent of the cases were committed by people known by the victims with a significant number committed by neighbours or blood relations.

He said that only few were carried out by strangers, such as armed robbers and people who met the girls on the way and took them to uncompleted buildings.

Uchendu also said that some of the perpetrators of the crime were the girls’ fathers and caregivers.

“Between the month of March and October, we have interviewed over 80 patients and unfortunately, most of them are less than 18 years.

“This figure is only a tip of the iceberg because most people that are raped do not come to hospital to complain.

“The few victims that come to the hospital to complain do not pursue the matter as a legal case,” Uchendu said.

He said that rape cases were becoming an epidemic and should be treated as a public health issue by stakeholders.

“We need people that will talk about it so that the public will know how to deal with such situations,” Uchendu said.

He said that the victims were usually threatened by the perpetrators and thus, they did not tell their parents or spoke out.

The doctor urged parents to spend more time with their children so that they could monitor their activities and whereabouts.

He said that government should do something about the large number of uncompleted buildings, which served as hideouts for criminals and unemployed youths.

“It is also observed that there are a lot of homes where parents are too busy, children are left under the care of neighbours or relatives.

“Parents should spend more time with their children, teach them about sex and teach them how to defend themselves so that in cases where they are exposed to rape they can run away.

“They should also teach them about their private part and to say no when people try to play with it,” Uchendu said. (NAN)