Fathers Are the Key to Ending Child Marriage –– Do You Agree?

Fathers Are the Key to Ending Child Marriage –– Do You Agree? 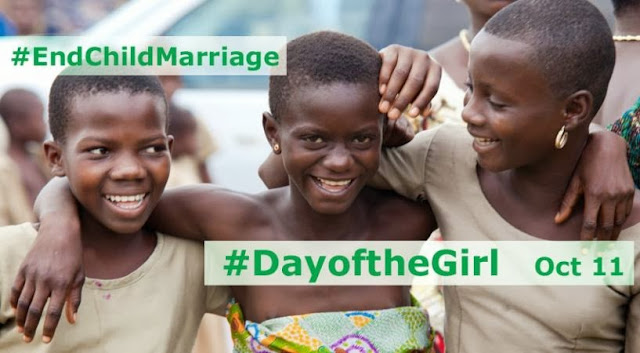 A few weeks ago a man in Kenya posted a lengthy commentary in Facebook giving careful and graphic directions on how men could make sure their “child brides” did not die as the result of intercourse.* In a world in which child marriage is traditional, he was arguing that his advice was humane. He posted his ideas in response to a beyond disturbing story circulating in the news about an eight-year-old Yemeni girl who died from internal wounds after a wedding night with a man five times her age. Yesterday, Yemeni officials The Convention on the Elimination of All Forms of Abuse Against Women (CEDAW), and the United Nation’s Convention on the Rights of the Child (CRC), early marriage is a violation of human rights. Early marriage has no regard for the notion of consent. According to the International Center for Research on Women, fully one-third of girls in the world are married before the age of 18, with little or no say in the decision leading to the marriage. That’s more than 14 million every month, 39,000 a day, or one girl every two seconds. That’s six girls in the time it took me to write this sentence. One in nine is married before the age of 15. These girls, who endure years of sexual abuse and often lifetimes of anxiety, depression and trauma, are 5 times more likely to die in childbirth.

The practice is not limited by religion and takes place in many countries all over the world. Although it is most common in Sub-Saharan and Western Africa, the greatest numbers of early marriages take place in Southeast Asia. Today, the practice has been monetized and early marriage is a profitable element of sex trafficking. Researchers in the UK, for example, estimate that more than 10,000 underage girls are trafficked in and out of the country in this way. But, the fact of these thousands is a spillover effect of a much bigger problem.

India, in which 47 percent of girls are married before 18, has more early marriages than any other country in the world, up to 25,000 a day. In that country alone, by 2020 50 million girls will be married before their 15th birthdays. These are stunning numbers.

Last Friday the human rights organization Breakthrough, known for creating transformative campaigns that catalyze social change, issued the results of a two-year study of early marriage practices in the two states of states of Bihar and Jharkhand, those with some of the highest rates of early marriage, in India. Despite being illegal in most jurisdictions, as in these two states, it is still widely practiced.

In addition to furthering the understanding of well-documented economic drivers and social effects (for example, early marriage reduces dowry obligations because the older a girl, the more expensive the dowry), the study illuminates two other factors.
First, many fathers marry their daughters off at young ages because they are concerned for their safety. India is possibly the most dangerous place for girls and women, if they are even born, to live on the planet. In one of the areas studied by Breakthrough, 90 percent of girls and women said they considered the men in their lives to be predators.

Second, the study revealed that a profound fear of female promiscuity was also a determining factor in early marriage decisions. A key to tackling the problem is to find ways of dismantling deeply held beliefs about female sexuality and how to control it, particularly important in cultures where female sexuality is the source of communal honor. It’s hard to overestimate the stigma associated with the loss of honor that even a platonic relationship between boys and girls can result in in parts of India. Fathers believe that early marriage eliminates the chances of premarital sex and pregnancy and marriage is understood to be the only context in which sex can be safely negotiated.

The fact that fathers think of early marriage as a key to keeping girls safe is a particular irony given how profoundly damaging the practice is to girls and the way in which it contributes to the cycle of poverty that families are trapped in.

Girls who marry early, already more likely to be poor and living in rural areas, are far more likely to get pregnant, to die in pregnancy and childbirth, and to have lifelong health problems including sexually transmitted diseases, cervical cancer and obstetric fistulas.

Their chances of education, if they existed in the first place, plummet.

Girls who are married early are much more likely to be physically abused, suffer lifelong domestic violence, and experience trauma and depression resulting from sexual abuse.

That fathers continue to think of marriage as a way to ensure their daughter’s safety and long-term security, despite understanding the harmful effects related to education and health, is a testament to the power of shame and the demands of poverty.

Breakthrough president and CEO Mallika Dutt points out that the term “child marriage” further undermines understanding the problem by infantilizing young women married without their consent at later teen ages. “It is our challenge to address these issues head on,” she explains. “Only when we confront these deep norms and biases can we break the cycle of early marriage.”

There are many global initiatives that have developed a host of strategies aimed at preventing and reducing early marriage, many of which are focused on educating girls and enabling them to be economically productive and of value to their families, who currently perceive them as a cost they cannot afford. Breakthrough, however, is taking a different and complementary approach with its new program, Nation Against Early Marriage, launched in tandem with its study findings.

The program’s strategy is to work at the grass roots level, beginning in the two states, Bihar and Jharkhand, in which the study was conducted, to train people already working in community-based organizations, such as health and economic programs. Training is focused on how advocates can introduce key issues related to women’s’ rights and bring gender issues into conversations with families about health, economics and safety. Particularly conversations with fathers. In addition, Breakthrough is deploying a fleet of video-rigged vans, especially on well-trafficked local market days, that will air a series of PSAs featuring popular celebrities, such as Irrfan Khan, as well as fathers and daughters explaining why they’ve chosen to reject early marriage. The vans, which are quickly surrounded by curious onlookers, then become focal points where trained staff engage audiences around the issue of early marriage through skits, plays and conversations that encourage community interaction.

“We need to work in and with communities to build a new model, one in which girls are not seen as risks or burdens, but as people with equal worth and rights,” explains Dutt. “And for that, we need the partnership and leadership of those with the most power to seed change: fathers, and fathers-to-be.”