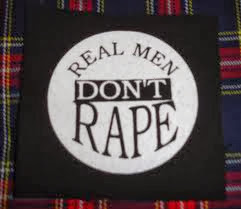 Wale Akanusi, aged 50, who turned his daughter to a sex slave for five years, was arraigned yesterday before an Apapa Magistrates’ Court in Lagos, southwest Nigeria.

The man began to defile his daughter, now 17, when she was 12. The victim revealed herself how he turned her into a long-lasting sex slavery.

Akanusi impregnated the girl three times and aborted the pregnancies to cover up his act.

Her tortures ended early this year when she was rescued by the Lagos State Government.

The victim said she suffered the fate after her mother left her father and got married to another man. According to the girl, after this Akanusi relied on her for his sexual satisfaction which she could not resist because of fear.

He threatened to kill her if she told anybody about his actions.

As the victim grew older, she realized what was happening to her and summoned up all her courage to report the matter to the police.

Akanusi is facing a two-count charge of defilement by sleeping with the victim and killing of unborn babies. When he was arraigned, his plea was not taken.

The matter was adjourned till 27 November, 2013 for trial.