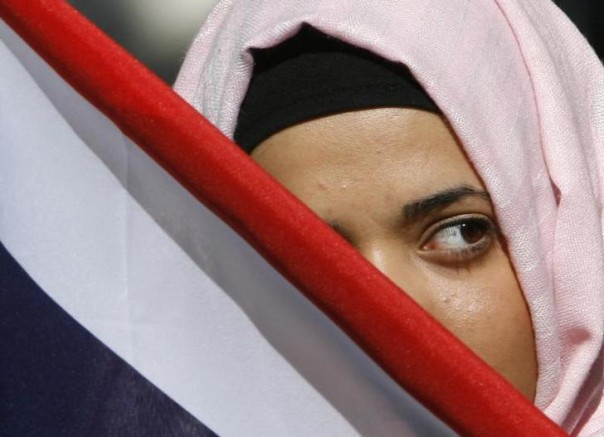 Asian girls are the hidden victims of sex grooming gangs in Britain and are most vulnerable to exploitation by members of their own communities, Muslim women’s groups said on Tuesday. The victims fail to get help from police and social services because fear of bringing shame on their families prevents them from speaking out, the Muslim Women’s Network UK said.

The network’s report “Unheard Voices” also made clear that contrary to media coverage of several high-profile cases over the last couple of years, sexual exploitation was not a race issue involving only male Asian offenders and female white victims.

“There has been a deafening silence concerning this group (Asian girls),” said Baroness Haleh Afshar, a founding member of the umbrella group, in the foreword to the report. “In all communities victims of such violence find it difficult to report sexual abuse and seek support. Among Asians and Muslims this is exacerbated by a culture of honour and shame that is so powerful as to mask the reality of lived experiences.”

The victims are so frightened of the reaction of their families and communities that none of the 35 of them documented in the report spoke to researchers. Instead, the study drew on interviews with people who had helped or worked with the young women.

Most of the girls targeted were under 16 years old. At least one third of them had suffered sexual abuse as a child, often by a relative, the report said.

Many also had mental health problems, or a disability such as a learning difficulty which increased their risk of being exploited, the report said. Strict or neglectful parents, bullying, sexual harassment in schools and limited knowledge of sex added to their vulnerability.

When the family became aware of any abuse, they blamed the girls or did not believe them. In some cases, the victim was forced into a marriage to save the honour of the family.

BLAMED FOR BEING ABUSED

One of the girls, named as Parveen, suffered years of abuse by her stepfather’s brother and his friend. They started having sex with her when she was 12. By the age of 14, she had sexual health problems.

When her parents found out she was sexually active, they made her undergo an operation to repair her hymen and planned a forced marriage abroad – even though she told them she was being forced to have sex.

The perpetrators had no distinctive profile apart from sharing the same ethnicity as the victims, and ranged from 15-year-old schoolboys to pensioners, the report said.

There was also evidence of female involvement in assisting the abuse – for example in the case of Sumaira, who had learning difficulties and was raped by her father, uncle and brother.

After being placed in a women’s refuge, Sumaira was befriended by a Pakistani man who enlisted the help of another woman at the refuge to inform him when Sumaira went out. He would then abduct her from the street and gang rape her with his friends, the report said.

GETTING AWAY WITH IT

The girls were abused in a variety of locations ranging from cars, parks and house parties to takeaway restaurants, alleyways and hotels. Some of the victims were also trafficked to other towns and cities.

“Considering the numbers of men involved in the abusive groups and networks, the offenders appeared to be increasing their risk of being exposed and caught. Their apparent confidence arises from the belief they would not be caught because their victims were unlikely to report them,” the study said.

Sue Berelowitz, deputy children’s commissioner, said the research reinforced concerns that victims of sexual exploitation were not identified because they did not conform to stereotype.

“One of these myths was that only white girls are victims of sexual exploitation by Asian or Muslim males as these men only abuse outside their own community, driven by hatred and contempt for white females. This belief flies in the face of evidence that shows those who violate children are most likely to target those who are closest to them and, therefore, most easily accessible,” she said in a statement.

Are Women Safe in Afghanistan? A Brief Look at Taliban’s Afghan Then and Today