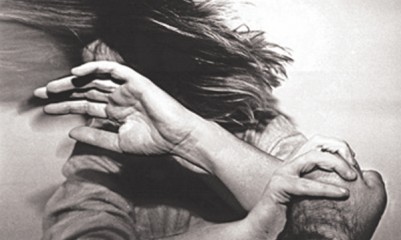 Incidents of sexual harassment and rape have marked an alarming rise across the country.

We see the reflection of this horrific situation in the newspapers every day. In the prevailing socio-economic, cultural and politico-religious settings women cannot play an assertive role in development activities, either in the family or in the state. They are still treated as the weaker segment of the society and are subject to various social and domestic repressive measures. Violence is a product of social, cultural, religious and traditional value systems which perpetuate patriarchal attitudes at different levels of society and restrict female empowerment.
Rape violently asserts masculinity in a patriarchal society, which assigns women a subordinate position. Masculinity is associated with traditionally ‘male’ traits such as boldness, manliness, bravery, muscularity, machoism etc. A woman is what a man is not, if men are expected to dominate and women refuse to submit, ‘peace’ and ‘harmony’ will be disturbed. Unlike sex, masculinity or femininity is not biological. Both are social, cultural traits. our society is male-dominated and denies women any identity other than that of a wife, mother daughter or sister.
Women are ‘objects of enjoyment’. Discrimination against women is pervasive. Girls will get less food, medical attention and education than boys. Most will never experience adolescence. From girls, they suddenly become wives and mothers without a right to free will. Rape in Bangladesh is not an individualistic issue, but social, political or pathological part of pervasive gender violence.
A women is molested every 12 minutes, burnt for dowry every hour and raped every 21 minutes. 805 females were raped during the period between January 2012 and December 2012. While the number of such victims was 711 in 2011, 559 in 2010 and 456 in 2009.
Of last year’s 805 rape victims, 299 were women, 473 were children below 17 years and the age of 33 victims could not be ascertained. Of the women victims, 101 were gang-raped and 31 were killed after rape. Of the child victims 39 were killed after rape, 84 gang-raped and 10 children committed suicide from mental stress.
In the month of January 2013 violence occurred in numerable instances. Some of the cases were published in the daily news papers. Most of the cases occurred without our knowledge. The gang-rape of a girl in Tangail District was a blatant example of how women still fall victim to violence, both in houses and on streets. We are yet to provide proper security to our women so that they can move freely with out any fear. A female student of Eden College was severally injured by a group of youths. They were not satisfied only with brutal act alone, they also burnt her body with acid. On January 19th 2013, a 10-year-old girl was raped and killed in the third floor of the Tropicana Tower.
Ninety-five cases of sexual harassment happened within the third week of January 2013. As the legal system is too soft on sex offenders, sexual violence continues unabated and the culprits get encouraged to commit such crimes as they remain unpunished in most of the cases. How can these people claim themselves to be human beings when they do not hesitate to attack a girl who did not do any harm to them? But unfortunately, there are many such brutes among men like animals in our society. We are living with them and our women are falling victim to their inhuman attacks.
Last year we saw a sharp rise in the number of eve teasing incidents. The government, along with the law enforcing agencies and common people took stern actions against the eve teasers. We saw punishment of some people involved in teasing women, especially school and college going girls.
Utter Khand state of India took a negative approach to stop violence. The state government imposed dusk to dawn curfew for women. Women have been debarred from going out of home in the evening. Women will stay within their boundaries. People from different parts of India protested against this approach. This is not the solution to combat violence. People have to change their mindset. Women are not the “objects of enjoyment”, they are human beings.
Awareness among people will help fight the menace of rape. Actions and initiatives are needed on an urgent basis to address the issue and all, especially the civil society, should participate in such initiatives. New acts should be promulgated to punish the rapists, and even castration of the perpetrator may be allowed. In schools, colleges and universities, students should be imparted proper education on mortality, values and philosophies too, as these lessons would help them build their character.
Formation of a special cell in the police directorate to look into repression of women and children, speedy trial of the culprits involved in rape and killing should materialise. Now it is time that civil society, children’s, women’s and human rights organisations form a coalition to fight off the ever-growing menace of violence against women.
Protests are not enough; concrete steps should be taken. By unanimous vote, South Korea’s Parliament has approved a tougher law of limitations for sex crimes against children under 13 and disabled women and increased the maximum penalty to life in prison. The country is also set to carry out the chemical castration of a serial rapist, implementing a recent legislation for the first time. Nigeria should be willing to do the same to help reduce the increasing rate of rapists.
Rise in rape and violence clearly indicates vulnerable conditions of women’s security in the society. If we are not able to stop violence against women, it is not possible for us to facilitate women’s empowerment.
Culled from The Daily Star
0 Likes

Join Our Conversation on International Day of the Girl Child

The Church Vs The Women; The Kerala Case