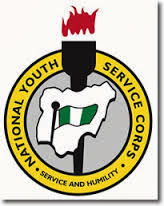 Reports of rapes in some camps for people displaced by the series of high profile floods across the country may have caused heightened concerns over the health and social conditions of young girls in the camps.

This has resulted in a series of inquest by some organizations including the National Human Rights Commission (NHRC) which Daily Independent learnt has already conducted an assessment of the human rights situation in Benue, being one of the states that have reportedly recorded cases of such incidence.

Although, the Benue State Commissioner for Health, Dr. Oduen Abunku, had stated in a phone interview with Daily Independent that no untoward incident has been reported in any of the camps in Benue, local media reports may have suggested the contrary.

In October, reports in the local media disclosed that no fewer than 16 young girls were raped by miscreants who sneaked into four of the camp. But the government had denied this, labeling it as a concoction of the media.

“Benue has not recorded any incidence in any of the camps designated for the flood victims,” the state’s commissioner for health told Daily Independent.

Meanwhile, there are concerns that incidences like rapes in a state like Benue with one of the highest HIV prevalence could increase the vulnerability of victims, who are mostly young females. There is also the additional concern of increased cases of unwanted pregnancies among the young girls and the attendant risk of Mother to Child Transmission of HIV.

The state’s health commissioner, however, said, there is no cause for alarm. According to him, “All the camps have clinics set up to attend to almost every health need of those in the camps, adding that the girls are no exemption.

“They are being vaccinated against common communicable diseases, just as there are provisions for water purification, mosquito nets, among other needs,” Abunku said.

According to him, the Federal Ministry of Health, the State and Federal Environmental Protection Agencies, Red Cross and other agencies are on actively on ground preparatory for the likelihood of any outbreak of diseases like cholera, salmonella, TB and to guard against other eventualities.

On fears that Tuberculosis (TB) could be a major thing to worry about, Abunku said, “Incidentally we have not detected any case of Tuberculosis. It has been more of malaria than any other disease in the camps.”

Meanwhile, UNICEF Nigeria’s Chief Child Protection Officer, Noriko Izumi, has confirmed that the reported cases of rapes in the IDPs camps across the country have not gone unnoticed.

She said, “We got to know about the reports from the local media.”

Speaking in an interview with Daily Independent, Izumi disclosed that UNICEF is working closely with the Child Protection Network (CPN), a group of Non-governmental organisation, government and other agencies to ensure that the rights of the children in the camp and within surrounding vicinities are protected.

She also disclosed that the cases of reported rapes in the camps were not peculiar to Benue, saying, “We also got, through local media reports similar reports from other camps like those in Rivers.”

Izumi, however, noted that further revelations from the field shows that the host community may be involved in incidences of such nature, hence called for attention to be drawn to their needs.

According to her, “A lot are happening than are being reported.”

She said, “Nearly 70 per cent of most of the recorded incidences are not within the camps. They occur when the displaced person mingle with the host communities.”

This, she said underscore the need to take the need of the host communities into serious consideration for urgent actions.

“As we noticed in Kogi, some of the host communities for the displaced persons are made to accommodate sudden influx of people which puts additional burden on them.”

Izumi expressed concern over the inherent poverty in these communities as a major burden that existed prior to the flood.

Meanwhile, she said decisions have been taken involving the government and other agencies on the conditions of the camps. This, she said include the lighting, environmental sanitation, water, and most importantly risk level and efforts to mitigate such for specific vulnerable groups like the girl child.

Although useful details could not be scooped from the NHRC over the human rights situation analysis conducted for Benue, it has been revealed that the Child Protection Network is carrying out an on-going assessment of human rights violations on the child in the state. This, may be to ascertain what has been reported about the camps in the state.

Earlier in the year, UNICEF and NHRC have undertaken, in a partnership commitment to scale up protection for the rights of the Nigerian child.

Meanwhile, the Benue state government, in collaboration with relevant agencies has increased security at the camps, which are now manned by commandants, according to the health commissioner.

Culled from: The Daily Independent
0 Likes