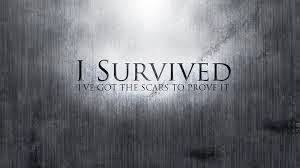 This is of those write ups that will get you wanting to read to the end. This is another beautiful article from the stable of @abdulhabiba12. If you’ve missed some of her write ups, read them HERE, HERE and HERE. We hope this inspires other rape survivors. Read more…

Ever since that day 15years ago, I have been intensely aware of the misconceptions people have about rape, about those who rape and those who survive rape. I have also been aware of the stigma that attaches to survivors. Time and again, people have hinted that perhaps death would have been better than the loss of that precious“virginity.” I refuse to accept this. My life is worth too much to me.

I feel that many women keep silent to avoid this stigma, but suffer tremendous agony because of their silence. Some men blame the victim for many reasons, and shockingly, some women too blame the victim; perhaps because of internalized patriarchal values, perhaps as a way of making themselves invulnerable to a horrifying possibility. If all crimes committed against a person, rape is the one that leaves a person feeling the most violated. A rape victim is often left with the feeling that a part of them has been torn apart. Because the feeling is still with them, the victim may have a sense that the crime is continuously occurring. To use another person’s body and ignore the soul the resides within is the most egregious crime that one person can commit against another. It has been almost 15 years now, but there has not been even one day, when I have not been haunted by what happened. Insecurity, vulnerability, fear, anger, helplessness — I fight these constantly. Sometimes when I am walking on the road and hear footsteps behind I start to sweat and have to bite my lip to keep from screaming. I flinch at friendly touches, I flinch at a certain look that comes into men’s eyes — that look is there so often.

Yet in many ways I feel that I am a stronger person now. I appreciate my life more than ever. Every day is a gift. I fought for my life and won. No negative reaction can make me stop feeling that this is positive.

I do not hate men. It is too easy a thing to do, and many men are victims of different kinds of oppression. It is patriarchy I hate, and that incredible tissue of lies that say men are superior to women, men have rights which women should not have, men are our rightful conquerors.

As long as women are oppressed in various ways, all women will continue to be vulnerable to rape. We must stop mystifying rape. We must acknowledge its existence all round us, and the various forms it takes. We must stop shrouding it in secrecy, and must see it for what it is — a crime of violence in which the rapist is the criminal.

I am exultant at being alive. Being raped was terrible beyond words, but I think being alive is more important. When a woman is denied the right to feel this, there is something very wrong in our value system. When someone is mugged and allows herself to be beaten in order to survive, no one thinks she is guilty of willing consent to be beaten. In the case of rape, a woman is asked why she let them do it, why she did not resist, whether she enjoyed it.

Rape is not specific to any group of women, nor are rapists a particular group of men. A rapist could be a brutal madman or the boy next door or the too friendly uncle. Let us stop treating rape as the problem of other women. Let us acknowledge its universality and come to a better understanding of it.

Until the basis of power relationships in this world changes, until women cease to be regarded as the property of men, we will have to live in constant fear of being violated with impunity.

I am a survivor. I did not ask to be raped and I did not enjoy it. It was the worst torture I have ever known. Rape is not the woman’s fault, ever. This article is one contribution towards exploding the silence and the comfortable myths which we build up to convince ourselves we are not potential victims, thus con signing actual victims to the most agonizing isolation a human being can know. Thanks @inya01, @bunmicake @grace_festus @sobafemi @naijawife @standtoEndRape TEAM! for encouraging me to be a stronger Me 🙂