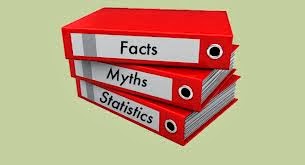 We started a session on what is a “myth” and what is “fact” (check the first part HERE). This is a continuation of the article. We hope with this, people can clear all misconceptions.

Myth: You can tell a rapist by the way he looks.

Fact: Rapists are not physically identifiable. They may appear friendly, normal, and non-threatening. Many are young, married and have children. Rapist types and traits however can be categorized.

Myth: Women fantasize about being raped.

Fact: No woman fantasizes about being raped. Fantasies about aggressive sex may be controlled and turned off if they become threatening. In rape, the victim is unable to control the violence and stop it.

Fact: Laws against rape in marriage should be enacted. The idea that a man can’t rape his wife suggests married women do not have the same right to safety as do unmarried women. Most battered women have experienced some form of sexual abuse within their marriage. It is also known that estranged or ex-spouses sometimes use rape as a form of retaliation.

Myth: Only “bad” women get raped.

Fact: No other crime victim is looked upon with the degree of suspicion and doubt as a victim of rape. Although there are numerous reasons why society has cast blame on the victims of rape, a major reason found in studies is that of a feeling of self protection. If one believes that the victim was responsible because she put herself in an unsafe position, such as being out late at night, drinking alcohol, dressing in a certain way, or “leading on” the rapist, then we are able to feel safer because “we wouldn’t do those things.” But, the basic fact remains that without consent, no means no, no matter what the situation or circumstances.

Fact: Rape is a lot more than an unwanted sex act, it is a violent crime. Many rapists carry a weapon and threaten the victim with violence or death.

Myth: Rape only occurs outside and at night.

Fact: Rape can and does occur anytime and anyplace. Many rapes occur during the day and in the victims’ homes.

Fact: Most rapes are carefully planned by the rapist. A rapist will rape again and again, usually in the same area of town and in the same way.

Fact: By some estimates, over 70% of rape victims know their attackers. The rapist may be a relative, friend, co-worker, date or other acquaintance.

Fact: Rape can and does strike anyone at anytime. Age, social class, ethnic group and has no bearing on the person a rapist chooses to attack. Research data clearly proves that a way a woman dresses and / or acts does not influence the rapists choice of victims. His decision to rape is based on how easily he perceives his target can be intimidated. Rapists are looking for available and vulnerable targets.

Myth: Rape is a crime of passion.

Fact: Rape is an act of VIOLENCE, not passion. it is an attempt to hurt and humiliate, using sex as the weapon.

Myth: Most rapes occur as a “spur of the moment” act in a dark alley by a stranger.

Fact: Rape often occurs in one’s home – be it apartment, house or dormitory. Very often the rapist is known by the victim in some way and the rape is carefully planned.

Myth:Most rapists only rape one time.

Myth: Only certain kinds of people get raped. It cannot happen to me.

Fact: Rapists act without considering their victim’s physical appearance, dress, age, race, gender, or social status. Assailants seek out victims who they perceive to be vulnerable.

Myth: Only women and gay men get raped.

Fact: The vast majority of male rape victims, as well as their rapists, are heterosexual. Rapists are motivated by the desire to have power and control over another person, not by sexual attraction. Male rape is not homosexual rape. Many male victims do not report the assault because they fear further humiliation.

Myth: Rape is an impulsive, uncontrollable act of sexual gratification. Most rape are spontaneous acts of passion where the assailant cannot control him/herself.

Fact: Rape is a premeditated act of violence, not a spontaneous act of passion. 71% of rapes are planned in advance. 60% of convicted rapists were married or had regular sexual partners at the time of the assault. Men can control their sexual impulses. The vast majority of rapists are motivated by power, anger, and control, not sexual gratification.

Myth: No woman or man can be raped against her or his will. Any person could prevent rape if he or she really wanted to.

Fact: Most rape cases involves the use of a weapon. 74% involved physical force and/or threats of force. Women are often physically weaker than men and are not taught to defend themselves or to be physically aggressive. Furthermore, some women are not willing to hurt another person, especially if the offender is someone they know.

Myth: Rapists are strangers. If people avoid strangers, then they will not be raped.

Fact: In 60% of the rapes, the rapist are known to the victim. 7% of the assailants were family members of the victim. These statistics reflect only reported rapes. Assaults by assailants the victim knows are often not reported so the statistics do not reflect the actual numbers of acquaintance rapes.

Fact: Forcing sex on someone who is too drunk to give consent is RAPE as far as we are concerned. Rape is a crime. People who commit crimes while under the influence of alcohol or drugs are not considered free from guilt.

Myth: Rape is a minor crime affecting only a few women.

Fact: It is estimated that 1 in 8 women will be raped in her lifetime. Because of low reporting rates, it is not known how many adult men are assaulted. It is also estimated that 1 out of every 4 girls, and 1 out of every 8 boys are sexually assaulted in some way before they reach adulthood. Rape is the most frequently committed violent crime in this country.

Myth: Most rapes occur on the street, by strangers, or by a few crazy men.

Fact: Over 50% of reported rapes occur in the home. 80% of sexual assaults reported by college age women and adult women were perpetrated by close friends or family members. There is no common profile of a rapist. Rapes are committed by people from all economic levels, all races, all occupations. A rapist can be your doctor, your boss, your clergyman, your superintendent, your partner, your lover, your friend or your date.

Myth: You cannot be assaulted against your will.

Fact: Assailants overpower their victims with the threat of violence or with actual violence. Especially in cases of acquaintance rape or incest, an assailant often uses the victim’s trust in him to isolate her.

Fact: No woman/ man/ child enjoys being raped. It is a brutal intrusion on the mind, body and spirit that can have lasting trauma.

Myth: It is impossible for a husband to sexually assault his wife.

Fact: Regardless of marital or social relationship, if a woman does not consent to sexual activity, she is being sexually assaulted. In fact, 14% of women are victims of rape committed by their husband.

Fact: Rape is potentially life-threatening. Whatever a person does to survive the assault is the appropriate action.

Myth: A person who has really been assaulted will be hysterical.

Fact: Survivors exhibit a spectrum of emotional responses to assault: calm, hysteria, laughter, anger, apathy, shock. Each survivor copes with the trauma of the assault in a different way.

Myth: Women “ask for it” by their dress or actions.

Fact: Rapists look for victims they perceive as vulnerable, not women who dress in a particular way. Assuming that women provoke attacks by where they are or the way they dress is victim-blaming. No person, whatever their behaviour, “deserves” to be raped.

Fact: Only two percent of reported rape and related sex offences are false (which is approximately the same rate of false reports for other crimes). Although many cases are dropped because of insufficient evidence for conviction, this should not be confused with false reporting.

Fact: In 43% of all cases (we have read/seen), more than one assailant was involved.

Myth: Women who are drunk are willing to engage in any kind of sexual activity.

Fact: The fact that a woman has been drinking does not imply consent. Alcohol and drugs can render a woman incapable of consent.

Myth: As long as children remember to stay away from strangers, they are in no danger of being assaulted.

Fact: Sadly, children are usually assaulted by acquaintances; a family member or other caretaking adult. Children are usually coerced into sexual activity by their assailant, and are manipulated into silence by the assailant’s threats and/or promises, as well as their own feelings of guilt.