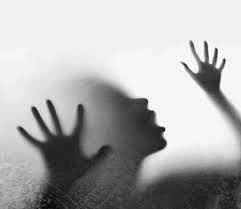 The Programme Coordinator, Centre for Community Health and Development, Mrs Lucy Usein, said 61 rape cases had been recorded in Gombe State in the last three years.

Usein made this known at a news conference organised by a non-governmental organisation, Child Protection Network, in Gombe, on Tuesday.

“These are the only ones that are reported; there are many cases and because of fear of stigmatisation, parents do not like the matter to be treated in public,” she said.

Usein said most of the victims of rape were from low socio-economic backgrounds, and appealed to parents to report such cases to the police so that the culprits could be prosecuted.

He said the law should contain a provision for compensation for rape victims, adding that rape in Gombe State and other parts of the country were on the increase.

Solomon added, “This is part of the rising cases of domestic violence against women and the denial of the rights of the girl-child in our society.

“Our women and girls face daunting challenges; in the last couple of years, many have fallen victims to such bestialities like gang rape, incest and all manner of domestic abuse.”

The director said the menace of rape was spreading like ‘wild fire,’ but that little attention was being paid to the problem.

“Most women and girls that are violated would rather suffer the psychological and physical trauma silently than reveal their encounters and the culprits go scot-free. Many other victims are too scared of stigmatisation by the public,’’ he said.

Culled from: The Punch
0 Likes