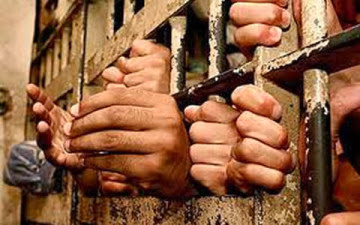 Kazeem and Ezekiel were arraigned on a two-count charge of conspiracy and rape.

The prosecutor, Corporal James Oriola, told the court that Kazeem and Ezekiel with others now at large conspired to rape the victim on October 14, 2013 at about 8:30pm in Ijokodo Agbaje area of Ibadan.

Oriola said the girl was on an errand for her grandmother when the accused pounced on her.

The plea of the accused was not taken.

Chief Magistrate Risikat Ebeloku Mustapha ordered the accused to be remanded in Agodi prison, pending the outcome of a legal advice from the Directorate of Public Prosecution.

Ebeloku-Mustapha adjourned the case till November 26, 2013 for mention.