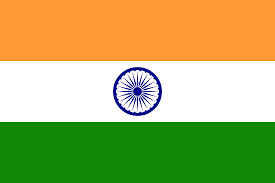 I am posting this as suggestions to what we can do help rape survivors. We can learn from other countries and take steps towards achieving a sexual violence free society.

Sexual assault and rape survivors will not have to run from pillar to post to get a medical examination done in the near future. In a bid to reduce their trauma, the civic body plans to come up with dedicated centres for them in six BMC hospitals.

As of now, the Nagpada police hospital is the only one to have a dedicated centre which collects medical evidence in rape cases. For treatment, the survivor is sent to the state-run JJ Hospital.

After a government resolution earlier this year, a few civic hospitals will now create these facilities.

“We are going to start six dedicated units for sexual abuse cases,” additional municipal commissioner Manisha Mhaiskar said. “This will reduce post-incident trauma for the survivors.”

Besides the three main civic hospitals, namely KEM, Sion and Nair, three hospitals in the suburbs will also get these units.

In the next three months, the BMC plans to get these units in Cooper, Rajawadi and Bhagwati hospitals in Vile Parle, Ghatkopar and Borivli, respectively, said director of civic hospitals Dr Suhasini Nagda earlier this week during a consultation held on ‘support and dignity in cases of sexual violence’.

“These will be one-stop units within a hospital,” Nagda said. “All teams of doctors will be available to the patient. For instance, the patient may need gynaecological help, or psychiatric counselling. Even medical evidence will be collected in this unit.”

To get started, the BMC is only waiting to get the required equipment such as culposcope-a diagnostic instrument used to examine the cervix and tissues of the vagina and the vulva-and medical kits for collection of evidence.

Dr Padmaja Samant, additional professor of gynaecology at KEM Hospital, said that though quite a few sexual abuse cases came to the hospital, they functioned under certain limitations.

“As of now, when sexual assault victims come to the hospital, they have to be seen and treated by the doctors along with all the other gynaecology patients,” Samant said. “This becomes traumatic for the victim, especially when she is a young girl. We need a designated space and better counselling to treat such cases.”

Nagpada police hospital civil surgeon Dr S M Patil said that of all the cases that they get, 20 per cent need collection of evidence. “If a number of sexual abuse cases can be sent to other hospitals, then the overall load will ease up on us,” he said.

Culled from Times of India
0 Likes