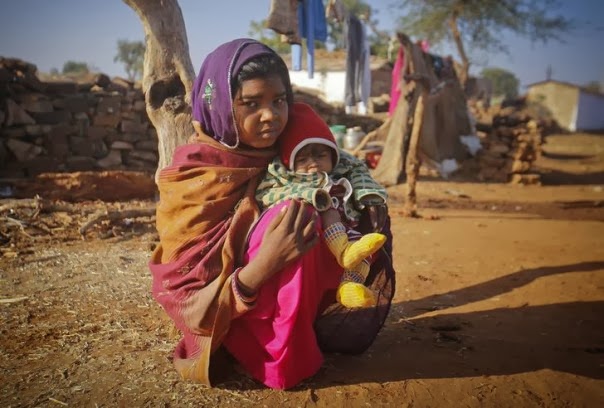 Krishna, 14, sits with her four-month-old baby Alok, outside her house in a village near Baran, in the state of Rajasthan. She married when she was 11 and had a very difficult delivery, losing lots of blood.

NEW DELHI (Thomson Reuters Foundation) – An Indian woman working as a volunteer for a local charity was attacked and beaten into unconsciousness when she tried to stop her 14-year-old student being married off to an older man, the charity said on Tuesday.

The Association for India’s Development (AID) said Linkan Subuddhi, who runs a community school in Noida, a satellite town on the outskirts of the capital, was attacked on Sept. 19 by the man the girl had been betrothed to by her parents. A newspaper report said the man was 10 years older than the girl.

On the night of Sept. 18, Subuddhi received a call from the girl, saying that she was being forced to marry against her will and asking for her help, an AID statement said.

They met, and while they were talking, “…the perpetrator suddenly tried to attack her and the girl with a knife. He chased Linkan and cornered her at a dead end near a sewer canal,” the statement said.

He tried to strangle her and forced her to the ground. “He then placed his foot on Linkan’s chest and picked up a brick lying nearby. He used the brick to hit Linkan on her head repeatedly, until she lost consciousness.”

Subuddhi is now in the intensive care unit of a local hospital and police have detained the mother of the girl who was being forced into marriage. The attacker is on the run, AID said.

“We demand that the perpetrator of this attack be brought to justice, adequate steps be taken by the Child Welfare Committee to ensure that the girl is not forced to marry while a minor, and both the girl and Linkan be provided protection to ensure their safety,” the statement said.

Despite laws to curb the practice, deep-rooted patriarchal attitudes mean that early marriage remains a reality for almost half India’s female population.

Some 47 percent of women aged between 20 and 24 married before they were 18, according to the government’s last National Family Health Survey.

Child marriage is one of the biggest obstacles to women’s progress in India, cutting across their physical, educational and emotional development, and creating a vicious cycle of malnutrition, poor health and ignorance, experts say.

A child bride is more likely to drop out of school and have serious complications during pregnancy and childbirth. Her children are also more likely to be underweight and are lucky to survive beyond the age of five, they add. 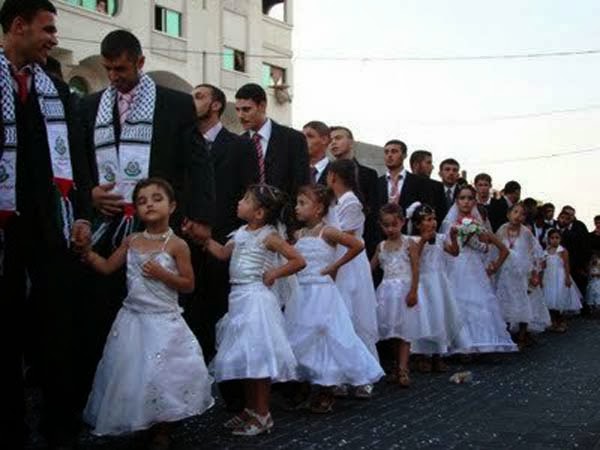