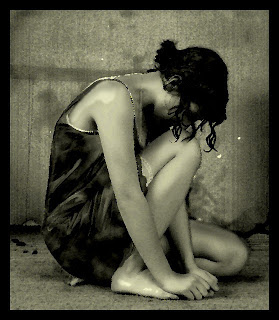 Rape is a sad fact of life across cultures.Internationally, the incidence of rapes recorded by the police during 2008 varied between 0.1 in Egypt per 100,000 people and 91.6 per 100,000 people in Lesotho with 4.9 per 100,000 people in Lithuania.Rape is likely more common, however, because rapes often go unreported. Researchers estimate that 67–84% of rapes are not reported (Greenfield, 1997; Kilpatrick et al., 1992). According to the American Medical Association (1995), sexual violence, and rape in particular, is considered the most underreported violent crime.

When part of a widespread and systematic practice, rape and sexual slavery are recognized as crimes against humanity and war crimes. Rape is also recognized as an element of the crime of genocide when committed with the intent to destroy, in whole or in part, a targeted ethnic group.

Although other forms of rape occur (e.g., male– male rape), this article focuses on the rape of women by men. Rape is typically defined, and defined in this article, as the use of force or
threat of force to achieve penile-vaginal penetration of a woman without her consent (Kilpatrick et al., 1992; Thornhill & Palmer, 2000).

THE PSYCHOLOGY OF RAPE

Various aspects of rape have been discussed thoroughly all around the world. But very little time has been taken to know the “why” of rape. Why do men rape? What is the psychology behind rape? To do achieve this, we shall specifically look at five types of rapists (or contexts of rape):

The first hypothesized rapist type includes men who are motivated to rape if they have no other means of securing copulations. This may be referred to as the disadvantaged male hypothesis.
This hypothesis also has been referred to as the mate deprivation hypothesis. It is supported by data indicating that rapes are committed disproportionately by men with low socioeconomic status.

Specialized Rapists
Another type of rapist may be the specialized rapist. Men in this group are distinguished bybeing sexually aroused by violent sexual stimuli. These men may possess a psychology thatproduces differences in sexual arousal in response to depictions of rapes versus depictions of consensual sex. Because rape carries high potential costs for the rapist, particularly if caught in the act, rapists with a psychology that motivated quicker arousal and ejaculation during rape might have been more successful than men who did not possess such a psychology.
Support for the existence of this hypothesized group has been generated by investigating whether men are aroused by depictions of rape versus depictions of casual sex. Meta-analyses indicate that convicted rapists demonstrate greater sexual arousal to scenes of sexual coercion involving force than do non-rapists. Specialized rapists also might possess mechanisms that cause them to evaluate the sexual attractiveness of rape victims differently than the sexual attractiveness of consensual partners.

The third hypothesized rapist type is the opportunistic rapist. These men generally seek out receptive women, but might shift to sexual coercion and rape if women are not receptive, or if the associated costs, such as injury or retaliation by the victim, the victim’s family, or society, are particularly low. All rapists are predicted to be attuned to a potential victim’s vulnerability, but an opportunistic rapist is especially so. The universality of laws and societal norms prohibiting rape indicates an appreciation that men are more likely to rape when the costs are low (Palmer, 1989; Thornhill & Palmer, 2000).
The fact that rapes regularly occur during wartime has been presented as evidence of the assessment of victim vulnerability and decreased likelihood of detection. Men in war are likely to have lowered costs of committing rape, because punishment or retaliation is less likely.
Support for this hypothesized type may be seen in research demonstrating that women with family members,
particularly adult male family members, living nearby are much less likely to be physically assaulted by their partner. This suggests that potential rapists are attending to the probability of retaliation by a victim’s adult male family members.

A fourth hypothesized rapist type is the high mating- effort rapist. High-mating-effort rapists, in contrast to other types, such as disadvantaged rapists, appear to be more sexually experienced. These rapists may be characterized as aggressive, dominant, and having high self-esteem. Such rapists often may be characterized as psychopathic.
Although most men appear to deploy mating strategies according to environmental contexts, psychopathic men deploy a high-mating-effort strategy in most contexts, pursuing many partners with little investment, and using coercion and rape when non-coercive tactics fail.
Also, the risk of date rape is greater when the man initiated the date, spent money on the woman, and provided transportation (Muehlenhard & Linton, 1987). Perceived relative deprivation, in which an individual’s (high) expectations about having sex are not satisfied also may play a role in the sexually coercive behaviour of high-mating effort men.

A final hypothesized rapist type includes men motivated to rape their partners under conditions of increased “sperm competition risk”. Sperm competition is the competition that can occur between the sperm of different males to a female’s eggs (Parker, 1970).
Rape in response to increased risk of sperm competition is most likely to occur when a man learns or suspects that his long-term partner recently has been sexually unfaithful.
Partner rapes comprise a surprisingly substantial proportion of reported rapes. Between 10% and 26% of women report experiencing rape in marriage (Russell, 1990; Watts, Keogh, Ndlovu, & Kwaramba, 1998). Women are particularly likely to be raped by their partner during a breakup instigated by men’s concerns about their partner’s infidelity. Until very recently, it was not considered a crime if a man forced his wife to have sex with him. The right of men to sexual access to their partner was considered absolute, and only relatively recently have men been prosecuted for raping their wives.
There is no excuse for rape. Rape is an extremely evil phenomenon that must be discouraged in the strictest terms. But in order to stop this scourge of rape, it is important to understand the psychology of rape, only then can we possibly eradicate this evil for good.
Excerpts from http://deltawomen.blogspot.com/
0 Likes

Must Read! 9(Nine) Great Business Ideas and Tips for Women