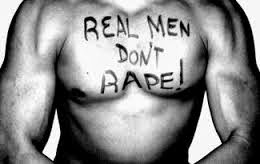 The question why do (some) men rape has always been on mind. Is it to satisfy their sexual urge or just an act to punish women? Is it for revenge or an act of wickedness? Some of you rape to prove to yourselves that you are a man. Whatever the numerous reasons may be; indecent dressing, refusal of proposal and so on, no woman deserves to be raped.

Rape in its simplest form is a lifetime scar that stays on the survivor’s mind. Rape makes the victim feel worthless. Even if they want to brush past it and move on with life, it is difficult sometimes when they think recollect the face of the man, who took advantage of them. Bravery sometimes cannot erase the voice of the rapist, which still lingers in one’s head.

You might rape a girl today and think that’s all about it, have you thought of the possibilities of the girl getting pregnant? Did you for one second think of your seed growing in the belly of a woman you raped? Will you be man enough in the future to tell your son/daughter how he or she was procreated? I guess not!

When some men realize their evil deed, they use the typical –– I am sorry. Do you just expect your “I’m sorry, it was the devil” speech to correct the past? Have you ever wondered if that victim ever survived the experience? Do you know if your action led to them committing suicide or going into (mental) depression? Will you be bold to say in future, “I was one of those who did what was right in my lifetime?” These are the questions I want you to think about the next time the thought to rape a girl comes to mind.

This might sound like a cliche, but I am very sure you remember ‘karma.’ Even if you don’t eventually have a daughter, your son might. Imagine the hurt you will feel if someone took advantage of her (your daughter or granddaughter) and ruined her life. If you don’t want your daughter, daughter-in-law or grandchild’s life to be ruined, I suggest you don’t ruin others’.

If you take pleasure in raping a girl, be warned and please desist from such acts.