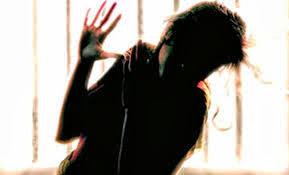 Having an apprentice live with you isn’t a bad idea, but to have a full grown one in the same house with your wife isn’t one of the best ideas. Even if you can vouch for the guy’s character, have you forgotten Potiphar’s wife in the bible? Women too can call for this things and turn around to call it rape. But you sef guy! Was she too cute that you couldn’t take your eyes off her or was the devil calling you so you could have your next meal in prison? *Just kidding* Read more below.

An Ibadan Chief Magistrates’ Court at Iyaganku area of the city has remanded a 20-year-old bricklaying apprentice for having carnal knowledge of his master’s wife. The prosecutor, Grace Akinsehinwa, told the court that the young man had been working for the woman’s husband and living in the same house with the young couple.
The accused was said to have sneaked in and forcefully had carnal knowledge of his boss’s wife without her consent when her husband was not around.

The prosecutor said the offence contravened Section 357 and punishable under Section 358 of the Criminal Code Cap. 38, Vol. 11, Laws of Oyo State, 2000.

The Magistrate, Alhaja Fatima Badrudeen, ordered that the accused be remanded at Agodi Prison pending when the case file would be duplicated for legal advice for the state DPP.

The guy will remain in prison till October 23, 2013, when the case will come up for hearing.

We are definitely waiting for the verdict!

A Survivor #SpeaksOut: I was Raped By 7 Men in #Nigeria