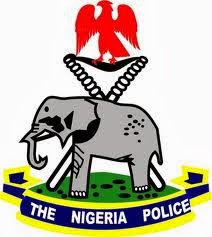 Adeji, a 30-year-old man has been arrested for allegedly raping his neighbour’s wife in Ibadan. The accused then offered her N500 not to report. Guess that didn’t work as he expected. Read more…
Gigglesplus reports:

A 30-year-old man, simply identified as Adeji is now cooling his heels in a cell at the Criminal Investigation Department of the Oyo State Police Command,
Iyaganku for allegedly raping his neighbour’s pregnant wife.

Mary (other names withheld), a 23-year-old mother of two kids who is carrying a three-month old pregnancy was a victim of the suspect’s untamed libido. Adeji waylaid the pregnant woman when she was returning from the stream in Sanusi village, Idi-Ayunre, Ibadan, where they are both neighbours.

It was gathered that Mary attempted to escape but was overpowered and raped by Adeji, despite her pleas that she was pregnant. After the illicit act, Adeji attempted to bribe her not to spill the beans, offering N500.

He then fled the scene, leaving behind his pair of slippers. Prior to the incident, Sunday Sun learnt that the suspect had been luring and making advances to Mary. Mary’s husband had earlier lodged a complaint with the village head who issued Adeji a serious warning to desist from the damnable act, but he was not deterred.

After the incident, the victim was rushed to Adeoyo Hospital for medical examination after which a report was made at the Idi-Ayunre Police Division. Policemen later visited the crime scene and eventually apprehended the suspect.

Adeji, however, told Sunday Sun that the housewife was his girlfriend and that they had been in a relationship before the incident.

A top police source who confirmed the incident told Sunday Sun that the suspect would be charged to court once investigations were concluded. He added that the police would not relent in its drive to rid Oyo State of rapists terrorizing women in the state.