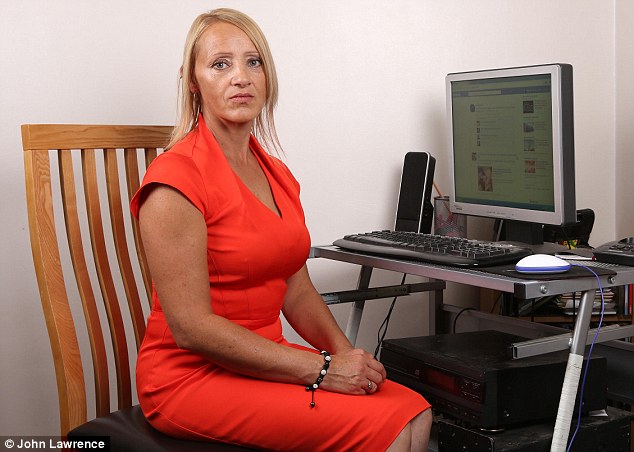 Turning on the computer in the corner of her dining room, Melinda Thomas clicked on her Facebook home page. But instead of sharing family photos or discussing holiday plans, her purpose was altogether more serious. She was investigating a sex attack.
”Calling on all women from the Eighties and up to this day who may have been raped by a black male in the Swindon area… I am trying to get help for a rape that happened,” she typed.

It only hinted at the horrific truth. The rape victim was Melinda, when she was just 13. After nearly three decades of keeping the crime a secret, she had found the courage to report it – only to be told by police they didn’t have enough evidence to charge the perpetrator. 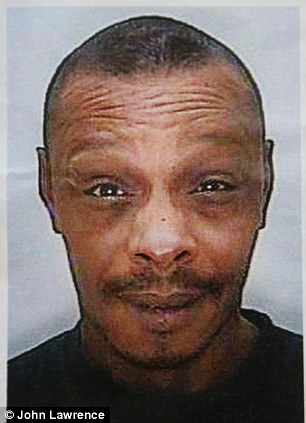 Melinda decided to take matters into her own hands and her endeavours yielded a remarkable success.

Two strangers who saw the post contacted her to say they, too, had been raped. After providing details it transpired their attacker was the same man. Their accounts gave police the evidence they needed to arrest Orville Vaughan, 53, who was convicted last summer.

This June, two more of his victims emerged. Melinda has bravely waived her anonymity in a bid to persuade any further victims to come forward.

”Facebook helped me get justice and catching my rapist was the bravest thing I have ever done,” she says.

Melinda, 42, had been an outgoing child with a promising future. Brought up in Swindon, she had won a scholarship to ballet school.

In November 1984, she was given permission by her parents, who worked for a car manufacturer, to go roller- skating with Simon, her first boyfriend.

As she made her way through the town to meet him, Vaughan approached her. In his mid-20s, he had intense eyes, a swagger and was known as ‘Bov’ by children who feared his menacing presence.
”I found him intimidating, but when he said I should come and talk to him, I did,” she says. ”I have tortured myself because of it ever since, but I’d always been told to do as my elders said.”

Vaughan took her into a stairwell of a multi-story car park and raped her.

”I tried to scream, but no sound came out,” she says. ”I tried to push him away, but he was over 6ft. When I found my voice and shouted, he punched my face.

”I was crying, powerless and in pain. I was desperate for someone to save me. But at the same time I didn’t want anyone to see. I felt humiliated.”

After the attack, Melinda ran crying into Simon’s arms at the amusement arcade where he was waiting for her.

”He begged me to tell my parents, but I didn’t think they’d believe me,” she says. ‘I’t didn’t even occur to me to go to the doctor.”

As the months passed, Melinda grew withdrawn. ‘I quit ballet and skipped school,’ she says. ‘I had nightmares and would hurl books around my room in crying rages.’

Her parents put her sullen behaviour down to adolescence. Meanwhile, her relationship with Simon, also 13, changed. 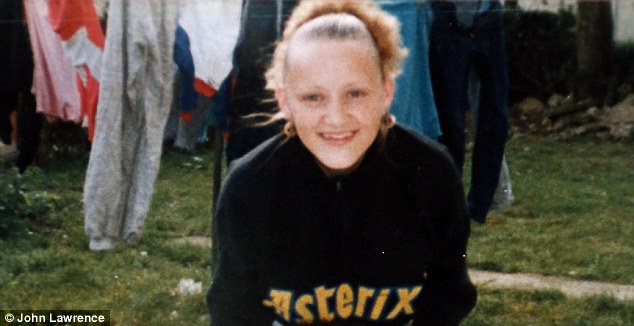 ”I was terrified he would see me differently,” she says. Up to then they had only held hands, but they started sleeping together two months after the rape.

”I didn’t want to associate the rape with sex and hoped this would help me move on,” she says. ”Simon was gentle and I loved him so much I wanted to feel I belonged to him.”

In December 1986, aged just 15, she became pregnant. She naively believed a baby would help eradicate the trauma.

”I thought having someone to care for would help me. My parents were disappointed, but supportive, as was Simon,” she says.

But he found it hard to carry the burden of the knowledge of the attack alone. ”He said if I didn’t tell my parents about the rape he would leave me.”

So in the summer of 1987, she finally told them. ”Mum put her arms around me and cried,” she says. ”Dad said we had to go to the police. But I couldn’t stand the idea of dredging it all up again. His face was etched in my mind. He caught my eye and smirked, knowing he’d got away with what he’d done to me. I felt so small.”

”I’d confided in a few school friends and they said Bov had done it to other girls, too. I was terrified that if I exposed him he would seek revenge.”

Reluctantly, her parents agreed not to go to the police.

”The rape was a constant barrier between Simon and me. I was paranoid I wasn’t good enough,” says Melinda, who had left school to become a full-time mother.

Her fears became self-fulfilling. When Luke was four months old, Simon, who was doing A-levels, left them. Distraught, Melinda began to have panic attacks.

”My chest tightened and I’d struggle to breathe,” she says. ”I couldn’t stop thinking of Bov’s dark eyes and horrible smirk.”

She was single until 1995, when she met her partner Greg, 50, a delivery driver. ”I told him what had happened within weeks,” she says. ”He said he would never let anyone hurt me again.”

In March 1996, their daughter Claire was born. Marie followed in November 2006. As her children grew up, Melinda faced the heartbreaking dilemma of what to tell them about the rape.

She told Paul when he was in his early 20s and Claire when she was 14. ”I wanted her to know that if anything similar happened to her she could tell me and we would deal with it together,” she says.
”I didn’t want her to keep quiet as I had with my parents.”

In April 2010, Melinda got a job in her local supermarket. It was there, a few months later, that she ran into Vaughan again. ”I was re-stocking the DVD aisle when he walked in,” she says.

Melinda gathered information about the rapist and got him convicted

”His face was etched in my mind. He caught my eye and smirked, knowing he’d got away with what he’d done to me. I felt so small. I ran, crying, to the staff room,” Melina added.

It was this encounter that made her realize she didn’t want to stay silent any longer. ”I knew I had to deal with what happened or I could never move on,” she says.

She called Swindon police station to report the rape. Incredibly she was put on hold for ten minutes. She hung up in despair.

Her son persuaded her to try again the following April. This time she was taken seriously. Two female officers interviewed her.

”Reliving the ordeal was horrific,” she says. But a week later, Melinda was told there wasn’t enough evidence to charge Vaughan. ”I felt the police couldn’t be bothered.”

But out of this anger came a renewed determination. ‘If the police couldn’t help me, I’d help myself,’ she says. ”I remembered the rumours that Bov had raped other girls and knew the key was making contact with them.”

She had the idea of putting a request on Facebook in April 2011. No sooner had she clicked ‘send’ than several of her friends shared her message, which enabled their friends to see what she had written.

Two days later, she received a message from Sarah. ”What’s this thing about women from the Eighties? Who’s the bloke? Do you know him?’ she wrote. Melinda replied: ”Yes, I do and was wondering if you do, too.” Sarah’s response was: ‘If it is who I think it is, I was one of his victims.”
The fact someone else could back up her story reduced Melinda to tears of sadness and relief for hours.

Two days later, Amy, also in her 40s, sent Melinda a message. She, too, said she had been raped by Vaughan. Both women agreed to give evidence.

Her heart pounding, Melinda wrote a letter to the local chief constable. ”I felt sure they had enough to investigate,” she says.

She was right. Four weeks later, Vaughan was arrested and charged with the attacks.

”Tears ran down my face as the police told me,” says Melinda. ”After all these years something was finally happening.”

Sarah, a mature student and mother of one, had been raped by Vaughan in a garage in 1986 when she was 16. She had reported the crime

Amy was allegedly attacked after she was offered a lift home from a nightclub when she was 17.

At the trial at Swindon Crown Court in June 2012, giving evidence behind a screen, Melinda broke down. ”The enormity of what was happening hit me,” she says.

Vaughan was convicted of two counts of rape – the alleged rape of Amy was left to lie on file because of lack of evidence. He was sentenced to 13 years.

”The relief was overwhelming,” says Melinda.

”It was only after sentencing that she told her younger son Luke, 24, what had happened to her. ‘I’d pretended I was going to court to help a friend,” she says. ”I knew he wouldn’t be able to stand the idea of anyone hurting his mum.”

After reading coverage of the case, two more of Vaughan’s victims – also Swindon women in their 40s – came forward. In June, he pleaded guilty to two counts of rape of two 16-year-olds between 1988 and 1990 and had four years added to his sentence.

”I’m sure there are countless other women who suffered the same terrible thing and I want them to come forward,” says Melinda.

And so she will carry on campaigning for justice, inspired by a social networking site that – for all its faults – has proved her salvation.

Some of the names in this article have been changed.

What is The Impact of Child Marriage?