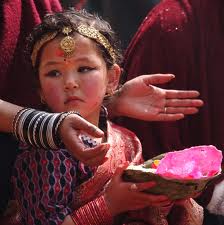 NDC members stage demonstration demanding minimum marriage-age law. The Conservative NDC groups have refused to put the issue to a vote in Yemen.

The demonstration followed the launch of a campaign by the Folkloric Heritage House to pass a law that sets 18 as the minimum age of marriage.

NDC member and head of the Rights and Freedoms Committee Arwa Othman said that NDC members have a duty to help end the ongoing practice of child marriage. The demonstration and campaign launch followed the news of an alleged death of an eight-year-old female child identified as Rawan. Media outlets reported that Rawan died of internal bleeding on the day of her wedding to a 40-year-old Hajja man this week. The Yemen Times could not independently verify the story’s validity.

However, advocates say they will continue fighting for young women’s rights. The Folkloric Heritage House coalition aims to pressure concerned bodies, both authorities and NDC representatives, to set a minimum age for marriage when Yemen’s new constitution is supposed to be drafted later this year.

“There are various [plans] for the campaign, [including] a documentary film illustrating the plight of child brides, a photo exhibition, seminars, gathering of statistics and documenting the stories of child victims,” Othman said.

The minimum marriage age was discussed and included in the NDC’s first stage agenda which began on March 18 and is scheduled to end September 18. The issue has been hotly contested between traditional and leftist groups at the NDC. The Rights and Freedoms NDC committee was tasked to address the minimum marriage age.

“[The] child marriage issue was discussed during the first stage of the conference, but no decisions were made because of the strong opposition of traditional, conservative forces. Tribes and religious groups refused to put the issue to a vote,” Othman said.

A 2012 government-issued report revealed that 48.4 percent of Yemeni women will marry before reaching age 18.  The issue of child marriage in Yemen made international headlines six years ago when the world heard the story of 8-year-old Nujood Ali, who ran away from her husband and petitioned the court for a divorce, which she was granted.

What You Need To Know About The Sexual Harrasment Bill