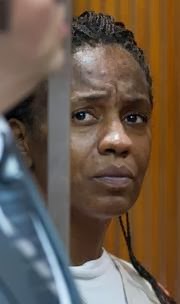 A girl who had been whipped with electrical cords, burned with an iron, stapled in the ear, thrown down the stairs and kicked in the stomach to the point of near death stood up in a courtroom Thursday and forgave the woman who was convicted of doing all that to her.

“I’ve moved on from the past and look forward to the future,” the girl told Duewa Abeana Lee, her father’s fiancée, who was convicted of torture and 10 other felony counts for the abuses that took place over a two-month period in 2011. “I now live with people that love me and have made me to the point where I can forgive you, but I will never forget the things you did to me.”

Sacramento Superior Court Judge Cheryl Chun Meegan then sentenced Lee, 37, to an indeterminate life term on the torture conviction, plus another nine years and four months for the other counts related to the abuses endured by the girl who is now 14.

Seated at the defense table, Lee maintained her innocence. She said the jury “made a grave error” in its verdicts returned July 19 in a case that was largely based on the victim’s testimony against her.

“Please, your honor, do not send me away for a long time,” Lee pleaded. “I am not an abuser or a danger to anyone. I have been without my freedom and my family and my kids for almost two years. This seems like almost an eternity and I cannot bear it for another second.”

Meegan told Lee, “The jury has spoken.” The judge said it was her view that the prosecution presented “an overwhelming case establishing the truth of the charges.”

“There are no words, really, that can describe how far from human conduct Ms. Lee departed,” Meegan said of the “horrific, unspeakable abuse” and “relentless cruelty” the girl suffered.

The case broke on Sept. 30, 2011, when Lee, who was engaged to be married to the girl’s father, took the victim to a Department of Motor Vehicles office in the Sacramento area. When Lee left her alone for a few moments, the girl turned to a woman in the DMV office and said, “Please, please help me.”

Within minutes, law enforcement authorities descended on the office to check out the information that had been passed along from the girl to DMV clerks who called them.

They heard a story of one of the worst cases of child abuse they’d ever come across. In her testimony at trial, the girl said that Lee’s torture of her began about the time of the arrest of her father, Wade Carter, who was later convicted and imprisoned for robbery. The beatings continued, she said, until the day she pleaded for help in the DMV office.

Deputy District Attorney Nancy Cochrane said the girl “was beaten literally to within an inch of her life” and that “one further stomping event, one further event of blunt force trauma easily could have killed (her).”

“There was not an inch of her body that did not have a scar or a burn or a bruise that was inflicted by this defendant over a two-to-three-month period, after (the girl) was left in the care and custody of someone her father believed would love her and care for her.”

When the girl’s father was incarcerated, “Ms. Lee released her inner demons on (the girl) for whatever those reasons were. She was angry. She was frustrated. Whatever it was, it happened, and it happened on a continuous basis” until the girl “had the courage to ask a perfect stranger to help her.”

The girl is not being named in the story to protect her identity as a child abuse victim.

Lee maintained the girl’s father inflicted the injuries, which Carter denied when Cochrane called him to testify.

Two of Lee’s daughters testified during the trial that she didn’t beat the victim. Both of them appeared on her behalf in court again on Thursday.

The prosecutor saw their trial testimony as an abomination by Lee and others in her family.

“Ms. Lee and her family tried to manipulate this jury and this court into believing their lies,” Cochrane said. “The manipulation and the coaching of these minor children to lie in this courtroom under oath, to do nothing more than to protect the person who Ms. Lee was and the conduct that she inflicted on an innocent child – what will those children grow up to be? Good students? Successful? What will their moral fiber be? Where will their moral compass take them knowing that they lied on the stand when they were called to testify in this case?”

In her statement to the court, the girl told Lee, “The things that you did to me made me afraid of almost everything.” But she said she has since overcome her fear that everybody she saw wanted to hit her, a trust that made it so “I’ve turned out to be a good person.”

The girl said, “I do fine in school.” She that she has since joined a drum-and-dance corps that will be performing next Fourth of July for President Barack Obama.

“It never ceases to amaze the people,” said Cochrane, a long-time child abuse prosecutor, “as to what a child can endure and come from and go forth and be productive.”

Judge Meegan added, “I do not want (the girl) to be defined by the events that occurred while she was helpless and at the hands of the abuse of Ms. Lee. I want her to feel that she can take control of her life and choose who she is and move on from that.” 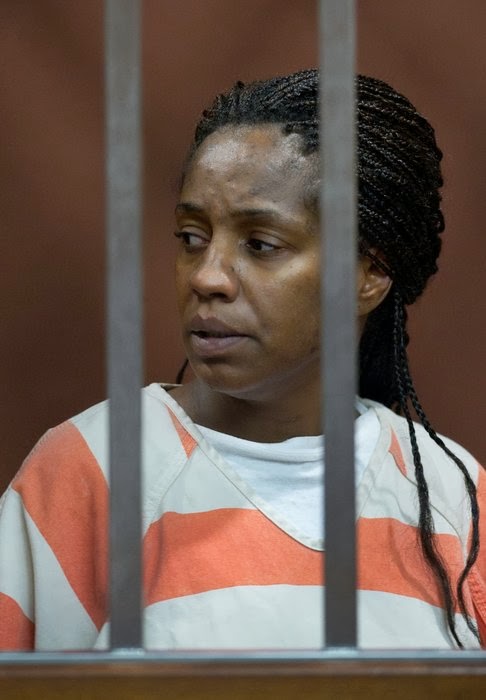 Culled from The Sacramento Bee
0 Likes