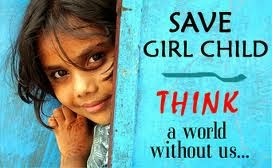 The issue of building a strong, viable and peaceful nation is one major clamor in our present world order; and for it to be said that a nation is working to a certain level, every sector or  challenge must be overcome. Some areas must be put into full consideration and attention in  measuring the viability of nations. One of such area is the security of citizens especially those who have limited ability to protect themselves like our girls and women.

Gender Based Violence is one menace that is prevalent in our society yet given little attention.  The differential a classification of women in the society as against men has made it possible for them to experience such acts of violence and discrimination. Such acts ranging from domestic violence, girl child trafficking, child labour, rape, assault, deprivation of education, child marriage, genital mutilation and many more that are not known to the society.

Every day we hear of cases of rape and molestation of children that often result in death but one hardly hears if the punishment meted out on the rapists. One in every 5 women is believed to have experienced one form of molestation or the other. Between 70 to 140 million girls/women have undergone one form of genital mutilation/cutting. About 64 million young women aged 20-24 entered into marriage before 18 years last year. The recent and world acclaimed violence to young girls is the kidnap of over 200 girls from a Government Secondary School in Chibok, Borno State, North eastern Nigeria. There are many incidents of such acts in the media and it seems as if those who commit these acts keep doing their evil without redress.

In the past there has been various efforts to address this pressing issue especially by the United Nations including International Conference on Population and Development, the Beijing Declaration and Platform for Action, United Nations General Assembly, Human Rights  Council resolutions as wells Commission on the Status of Women agreed conclusions. These resolutions are mostly held in international communities by various world bodies, so it is still the responsibility of the government of the day in nations to direct and ensure that such acts of violence are mitigated.

A whole new level of awareness must be created on the part of women and the citizenry on the need to protect our girls and women. For those who feel they can have their way with such despicable acts, let appropriate punishment be reserved for them. A state in Nigeria, precisely Edo state passed into law a death penalty for offenders. This alone will serve as a deterrent for other rapists and girl/women molesters.

A popular Africa proverb goes thus, “Educate a boy and you educate and individual, but educate a girl and you educate a nation.” This just helps to reiterate the importance of our women in the society. They are the home makers and when you educate them well enough, they can pass same to their children. Unfortunately, in the case of discrimination and violence against them (women) such dreams will be truncated. It takes a lot of strength, courage and determination for a molested girl/woman to come out of the trauma and depression that often sets in. It is imperative therefore, the government, private organizations, religious bodies, NGOs, etc, to work and protect our girls/women.

Like I said earlier, every sector of the economy must be taken care of and put into full consideration, and such area is the protection of our girls/women. We wouldn’t want to go back to the age of discrimination against women and their rights; the world has evolved a lot especially in this 21st sense of belonging and safety.