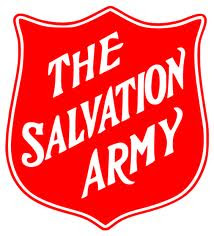 “One of the biggest gaps has been that moment when victims are identified and there’s a scramble for, ‘Where do I go tonight?’  ” said Michelle Hannan, director of professional and community services for the Salvation Army. Some women were placed in homeless or domestic-violence shelters outside Franklin County as a stopgap measure. “There’s such a tremendous need. It’s surprised us, really,” Hannan said.

Women forced into the sex-for-sale business are often threatened by their traffickers if they break free, and thus they need a secure, temporary shelter, she said. She said 3 in every 4 women rescued from traffickers need a place to go on a short-term basis.

Gracehaven, a faith-based group, was scheduled to open a residential program for juvenile victims of trafficking, but the plan stalled. Rahab’s Hideaway, another central Ohio anti-trafficking group, has focused on longer-term housing.

The Guest House, as the Salvation Army is calling the shelter, will have on-site professional support from the organization’s anti-human-trafficking team. After the short stay, a woman can transition into residential treatment programs, move in with a relative or find other long-term housing, Hannan said. The Salvation Army manages the Central Ohio Rescue and Restore Coalition, a group of 90 organizations formed in response to the human-trafficking problem. Hannan said the coalition’s caseload totals. 63 trafficking survivors; some are served on an emergency basis, while others need long-term help to deal with physical injuries and past trauma.

The Salvation Army began helping prostitutes in England more than 125 years ago. A decade ago, the organization began focusing on sex and labor trafficking in the U.S.