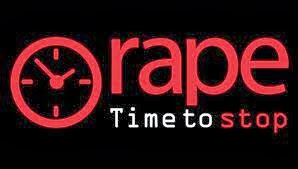 The issue of sex is as natural a desire to every human being as it is to animals. When properly used it is marriage, when misused it is adultery or fornication, but if abused it is rape. Like a time bomb yet to be defused, the radical evil of rape ranging from date rape, wartime rape, gang rape and statutory rape (child rape) in Nigeria has become a grenade of crime yet to be addressed in totality.

The frequent murder committed by some men or boys who use their natural weapon to lash a lady or jail bait against her will in recent times has continued to receive a low profile attention from the states, either stemming from the victim’s refusal in evincing the rapist or the parents refusal in doing so or even the police. A case in point was the woman who swept under the carpet the rape of her daughter after being carrotedwith 100,000 Naira. What a shame!

It is on record that about two million German women were ravished by Red Army soldiers during the Second World War. Recently, a 16 year old Kenyan girl was helplessly and unfortunately raped by some guys on her way back from a burial. Even the much publicised Indian case where four men wasted the chaste treasure of a woman against her will. An herbalist in Jos, Plateau who raped a 16 year old girl under the guise of treatment and purification shows the unfinished list and the ticking time bomb of rape.

What kills a skunk is the publicity it gives itself. Some male folks say the ladies expose their bodies in public. The senatorial debate over a man who defiled a two year old baby speaks volumes that mere indecent exposure is not the only warranty for rape. It is more about one’s inner convivtion andself discipline, for every man has his will and every woman her way.

The law basically does not involve herself in the sexual activities of a person because sex is suypposed to be a private and personal affair. She will only wade inbto the arena when the situation is illegal. Although we males go through hell in controlling our priapic appetite, raping a woman will be no less a crime. Section 357 of the Criminal Code Act defines rape to mean “Any person who has unlawful carnal knowledge of a woman or girl, without her consent, or with her consent, if the consent is obtained by force or by means of threats or intimidation of any kind… or in the case of a married woman by impersonating her husband…” And Section 358 of the same Act enunciates that any person who commits the offence of rape is liable to imprisonment for life, with or without canning.

If the law continues to give little attention to the issue of rape, then more room will be created for its commission, increased enlightenment as to the position of the law must be encouraged as a first step in defusing this time bomb. For those male folks who delight in raping women as payback time for a broken relationship or for any other reason should not be quick to forget that for every woman you defile, you destroy two temples, yours and hers. Be wise!!!