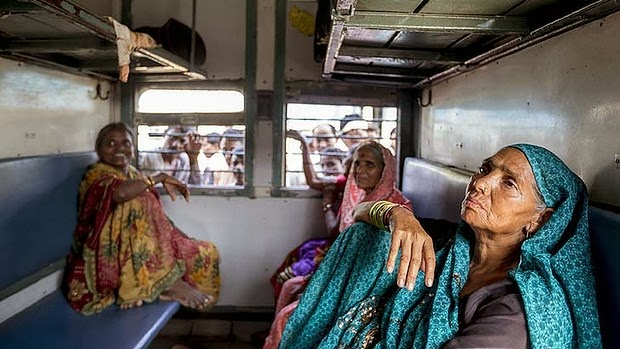 In the months since a gruesome gang rape riveted India, a “women-only” culture has been on the rise here, with Indians increasingly seeking out women-only buses, cabs, travel groups and hotel floors.

One city is preparing to open a women-only park. And in November, the government is launching a women-only bank it hopes will empower women financially.

In a country where reported sexual violence is increasing — despite heightened attention to the problem — many say the women-only spaces are a welcome refuge from lewd looks, groping and unwanted male attention. The concept appeals to women across a broad spectrum of Indian society, including a 60-year-old named Sarita, who recently traveled to New Delhi from a village in Maharashtra by train and said she still had to squabble with male passengers who tried to sit next to her in the women’s coach.
“It’s the ways of men,” Sarita said. “They’re not good. How can we coexist?”

But critics argue that the trend toward separation threatens the gains that women have made in education and access to new career fields over the past two decades, as the economy has rapidly modernized. It’s the men who need to change their behavior, they argue, not women.

“It’s appalling,” said Jayati Ghosh, an economics professor at Jawaharlal Nehru University in New Delhi. “It’s a way for a patriarchal society to announce it’s not going to protect women. It’s simply going to segregate women and restrict their freedom, instead of securing it.”

“Must banks too go pink?” the headline of an editorial in the Hindu, a leading newspaper, asked recently.

Some women-only spaces — in trains, on Delhi’s Metro system — already had existed before December, when a 23-year-old physical therapy student was gang-raped and injured so severely she later died. The country’s male-dominated culture is rooted in religious customs and societal norms that date back centuries, and the sexes were long kept separate in schools and temples.

But the Dec. 16 rape and subsequent death penalty sentences for the four attackersdrew intense attention to the problem of sexual violence against women in India, where reports of rape have increased more than 25 percent in recent years, statistics show.

Some women believe the harsh sentences will have little impact and feel the harassment problem is getting worse, forcing them to retreat.

A scramble for change

After the gang rape, state governments across India scrambled to do something — anything — that would calm a public increasingly agitated about sexual violence. They installed help lines for crime victims, more street lighting, better surveillance cameras.

But it was the idea of creating more safe places for women that really caught the attention of bureaucrats. The city of Coimbatore, in the southern part of the country, announced plans to spruce up a decrepit park and limit it to women, who would also have access to a gym with a female fitness trainer. Localities from Assam to Odisha created women-only bus lines. The ministry of tourism began pushing even small hotels to add female-only floors.

And the government announced plans for a $161 million banking system exclusively for women, the Bhartiya Mahila Bank, with a predominantly female staff and 25 branches across the country. It is set to be launched Nov. 19, the birthday of Indira Gandhi, the former prime minister and the country’s most revered female icon.

A spokesman for the finance ministry, D.S. Malik, said that the new bank is a “major step” toward correcting the gender inequity in credit and banking in India, where only 26 percent of women have a bank account, compared with 44 percent of men.

But some women’s scholars and advocates don’t believe segregating the sexes is empowering, saying it could have a negative impact in the long run.

“The attempt is to shrink women into limited spaces,” said Ranjana Kumari, the director of the Center for Social Research in New Delhi. “Women still have to come out and walk on the same streets and work in the same offices and shop in the same markets as men.” Limiting such spaces out of concern for women’s safety “is not at all a good message,” she said. “It encourages segregation and more violence.”

‘It’s not really safe’
One recent evening, Aishwarrya Kapoor, 20, a recent college graduate with a sociology degree, wanted to attend a birthday party at a club near a mall in downtown Delhi. As it happened, it was the same mall at which the victim in the gang rape had watched the movie “Life of Pi” with a male friend before heading home on a bus, where the attack occurred.

Kapoor’s mother was adamant: The young woman could go to the party only if she hired a cab driven by a female for the night.

“Because in India, even though we are in the 21st century, with any [male] cab driver it’s not really safe,” the young woman said.

The company Kapoor hired, Sakha Cabs for Women, was founded in 2010 in Delhi and now has 12 female drivers, with 62 others in training. After the gang rape, its founders say, business increased 50 to 60 percent, and they’re often booked several days in advance.

One of the young drivers, a college student who goes by one name, Geeta, 21, said she thinks her female clients feel more secure traveling with her than with a male.

“I think it’s horrible women have to find watertight compartments, so to say,” Geeta said as she shifted gears and sped through Delhi’s clamorous traffic, horns honking in her wake. At 4 feet 9 inches tall and 99 pounds, she has to sit on top of a tapestry pillow to see over the steering wheel.

“There should be women in all walks of life and all fields of life,” she said. “Where we don’t feel isolated.” 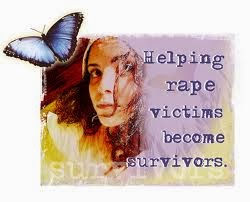