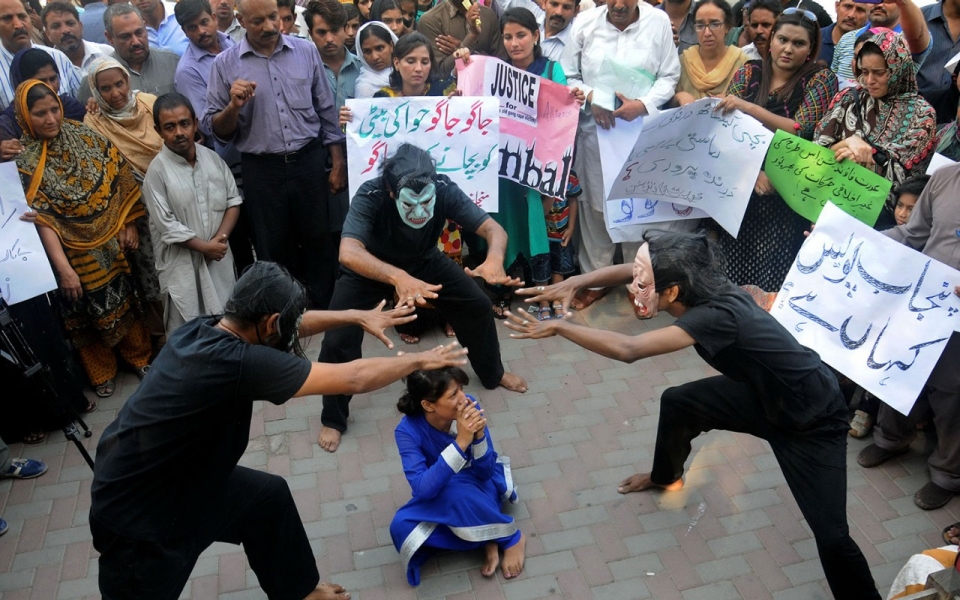 Rights campaigners have staged protest rallies across Pakistan after the rape of a five-year-old girl in the eastern city of Lahore whose condition is now relatively stable.

Police still have no clue who carried out the attack despite detaining several suspects and releasing most of them after questioning, a law enforcement official said on Sunday.

The five-year old girl was kidnapped Thursday and brutally raped in the eastern city of Lahore.

Police said the girl was found outside a hospital at around 8pm on Friday, a day after she went missing from a low-income neighborhood in the city.

“Her condition is relatively stable but still she is in the Intensive Care Unit,” doctor Farzand Ali, medical superintendent in the Services hospital, told the AFP news agency.

Senior police officer Zulfiqar Hameed said investigators had questioned several suspects but have yet to formally arrested anyone.

“We are investigating and we hope steady progress [is being made] but no one has yet been identified nor anyone formally arrested,” Hameed said.

Rights campaigners and workers from NGOs on Saturday and Sunday staged protest rallies across Pakistan and demanded the arrest of the culprits, witnesses said.

Rape is notoriously difficult to prosecute in Pakistan, where women are often treated as second-class citizens.

In April 2011, the Supreme Court upheld the acquittal of five men sentenced to death in Pakistan’s most famous rape case, that of Mukhtar Mai.

Mai was gang-raped in 2002 on the orders of a village council as punishment, after her brother, who was aged just 12 at the time, was accused of having illicit relations with a woman from a rival clan.

A local court had sentenced six men to death, but a higher court acquitted five of them in March 2005, and commuted the sentence for the main accused, Abdul Khaliq, to life imprisonment.

Preservation of Evidence for Rape and Domestic Violence (STER Information)

Promised in Marriage, a Young #Afghan Girl Gets Her Childhood Back