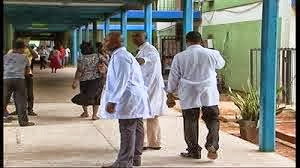 I thought medical doctors take an oath before taking on their profession, apparently this one didn’t. The wickedness in human beings is just beyond measures. According to todays gist, a medical personnel believed to be a doctor reportedly molested a female patient who was on admission in a hospital where he practices.

According to report, the female patient was brought to the clinic for emergency medical attention and after been placed on drip, recovered partially.

The medical personnel took advantage of the fact that she was semi-conscious and forcefully had sex with her.

The alleged rapist who is a medical practitioner with Tersoo Clinic in Naka town, Gwer West local government area of Benue state has been arrested by the men of the Benue State police command.

It was also gathered that the medical personnel reportedly tested positive to HIV/AIDs and was receiving Anti-Retroviral (ARV) treatment at the General Hospital Naka, before the incident.

The police public relations Officer in the state, DSP Daniel Ezeala, confirmed the incident, saying, “the medical personnel has been arrested by our men in Naka and investigation in the matter is on-going”.

How long shall this rape menace continue? We must find a way to put an end to it. 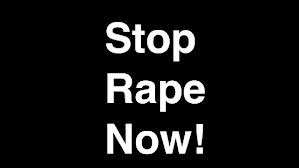