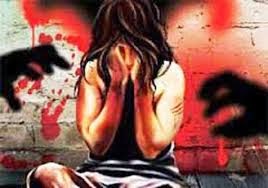 Sorry peeps this is coming late, but for those who haven’t seen it, this is an opportunity for you to. It’s been reported that six boys suspected to be members of a cult known as Blue Angel, have allegedly gang raped a 16-year-old secondary school student in Akure, Ondo State capital.
The boys, who reportedly recorded the act with their mobile phone, while taking their turns on the girl, threatened to upload it on the Internet if she dares to report them to her parents or the Police.
However, two of the alleged rapists have been arrested by officials of the state command of the Nigeria Security and Civil Defence Corps, NSCDC, while four others are on the run.
The victim (names withheld) said that the six boys blindfolded her and threatened to rip her open with knife if she failed to cooperate.
Those arrested include Banjo Olasehinde, 25, A.K.A. Obanje Babalowo Sherry and Adewale Fadunsi, 28, a fashion designer.
Those on the run include Tope Oluwole; Tope, A.K.A Jigan and Muyideen, a.k.a. Gbem.
Spokesman of NSCDC in the state, Kayode Balogun, said one of the suspects, Banjo Olasehinde, has confessed to the crime and the fact that they belong to a cult group known as Blue Angel.
According to Balogun, the suspect said they saw the girl on her way from school when one of them invited her for a chat and the six of them raped her.
Source: Vangaurd.
0 Likes

Poem on #Rape: For Her by Fatou Wurie (@theFatoublog)