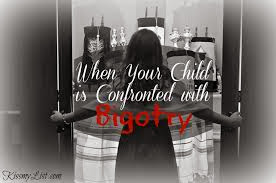 My post is actually something that’s been rolling around in my mind. Nowadays, at least twice every week the media reports the brutality, and dangerous behaviours faced by children. Many children are being abused in the worst possible manner. On top of that, one of the things that really hit me is how openly some people (parents inclusive) express their hatred of children. They are generally seen as a group that is okay to hate.

I’ve been trying to figure these out on-Why is it that children are being abused? What is it about children that such people tolerate so much bigotry towards them? Now children are the most radically disempowered group of human beings in the world.

Cross-culturally, they have no political power, their daily lives are completely out of their control, they are surrounded by people three times their size and strength who rule every aspect of their lives, unlike any group of adults in this culture, they can be legally struck, and any possible redress they have against abuse requires them to find an adult who will help them. Would any reasonable human being not throw the occasional temper tantrum in such a situation?

Calling children “radically disempowered” is almost an understatement. From the moment they’re born, children are subject to a world that treats them as much like property as like people. Children grow up in a world with no voice. There are countless rules and regulations controlling their daily lives, and they have absolutely no say in any of those rules. They are subject to the whims of the people around them- people who may or may not have their best interests in mind. Children have no privacy and no right to a fair trial when an adult (parent) accuses the child of wrong doing. Their entire lives are at the whims of people who control what clothes they wear, whether they have a roof over their heads, whether they even eat.

Being a child isn’t easy. Very little in your life is under your own control, and you’re also subject to your body’s whims. Children are still growing and developing, and they don’t always even understand how or why they feel certain ways. They may not know why they’re tired at any particular moment. And, even if they do know, they’re still subject to other people’s whims. An adult who isn’t feeling well can call in sick and avoid interacting with other people, in many cases. Children don’t have that option.

And this is the group that some people have decided that they hate? When I was working on this post, I started doing research into the lives of children. The situation is a lot worse than I originally thought. You see, Children also suffer tremendously in other ways, which makes it sting even worse when people talk about hating children.

Children are one of the most easily victimized groups on the planet. They’re targeted for rape/sexual abuse, kidnapping, forced prostitution, underaged marriage, slave labor… and they have little to no means of fighting back or escaping from these situations. I could go on, but you get the idea.

It’s depressing. Page after page that I looked at contained information that clearly showed what I’ve already noticed- all over the world and in our own country, children are routinely treated like property. They’re exploited and abused and sold and hit and murdered, and raped and starved… and their voices continue to go unheard.

Which is why I feel particularly incensed when I see people attacking children around me. When someone says that they hate children, I see a person attacking a group of people who are essentially helpless. A group of people who are already kicked and beaten by many of the societies they live in, with no real way of fighting back. Children can’t help being children, and in a country that sends a very clear message that children don’t count and don’t matter, it’s infuriating to see someone pile more hate on top of all that.

We don’t accept that, and we shouldn’t accept it when it’s aimed at children, either.