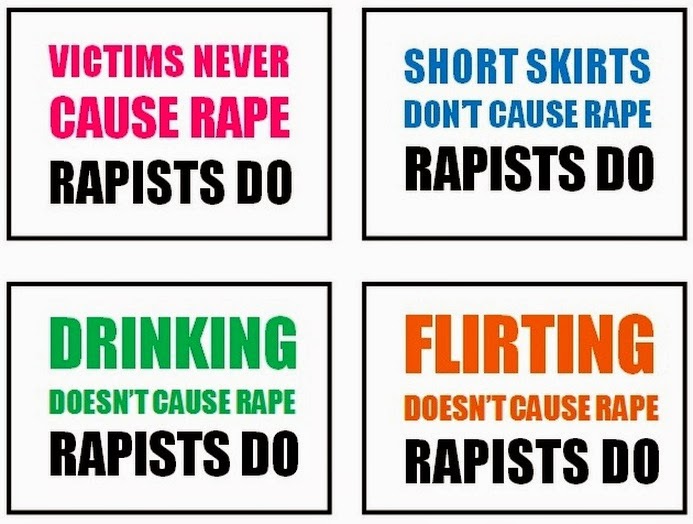 On a radio talk show centred on rape, a caller who identified himself as a lawyer and rape and domestic abuse advocate shared a rape case about a girl who was gang raped at a party.

“I mean, she must be very stupid to go to the party in the first place” He said.

Several callers supported the lawyer’s statement, some said she deserved it, after all a reasonable girl would know not to attend a night party hence she was to blame. Two callers even referred to the victim as ‘foolish girl’. None of them bothered to ask/mentioned her rapists. This caught me off guard.

While this is understandable, the cycle of victim blaming needs to be interrupted and that isn’t always painless.

One of the things that supposedly makes victims stupid or foolish is ignoring generic advice about the assumed causes of rape and/or abuse. These people will say things like, “All men will take what they can get. So don’t ever be alone with that man.”

This advice is useless since it can easily be proven to be false. Not all men will take what they can get. If someone has concerns about the potential violence of a specific individual or knows that a specific individual has a history of violence and uses this approach to warn people, it is the failure of their communication which is the biggest contributor to someone trusting the untrustworthy after being warned.

For the person giving the warning, generic warnings which are ineffective are safer in many ways to specific warnings and honest talk where there is no hint of disdain for the person being warned. Those who say, “If you don’t heed my warning, you will only have yourself to blame if you are raped/abused” are being ineffective and compounding the harm done by rapists and abusers by letting them off the hook.

If they were a victim of this person who they say not to trust because of what men do, getting specific would mean risking disclosure and disbelief. This is one of the reasons why disclosing rape or abuse can be such a powerful step.

Make no mistake, many of those who give warnings have no history of being victimized. There are plenty of people who have a very high tolerance for rape and abuse before they declare that rape and abuse is the responsibility of the rapist or the abuser.

These people’s disdain for most victims is real as is their sympathy for many rapists and abusers. To them short skirts and nagging are the cause of rape and abuse. They will frequently talk about their support for truly innocent victims. A woman kidnapped while waiting for a cab is a truly innocent rape victim. A woman raped at a night club or kidnapped walking home from a club is not. Their opposition isn’t to the crime itself, but to the selection of “innocent” victims.

Rather than standing up against the perpetrators, they stand up against the “impure” who they believe bring harm onto themselves through their impurity.

The unfortunate reality is that there is potential danger everywhere and to everyone. The best way to reduce that danger is for people to stop sending mixed messages to rapists and abusers. Rape and abuse is wrong no matter the circumstance or the choice of victim. This doesn’t change because a victim ignored one or more warnings for whatever reason.

Rape and abuse must be viewed as the legal and moral responsibility of the rapist and the abuser. No exceptions, no excuses.
0 Likes