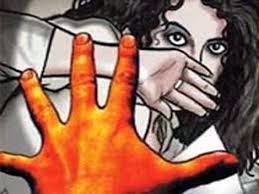 About a fortnight ago, a horrific rape story was brought to the attention of Stand To End rape Initiative (S.T.E.R). A young girl, Hawawu had been gang raped brutally by four young men who resided in her neighborhood. Please find the link to the story HERE.

STER Initiative held several meetings and decided to take the case up. At about 5 p.m. on Monday the 28th of April 2014, Ayodeji Osowobi (coordinator: Stand To End Rape Initiative), Abayomi Idris (A Lawyer with Stand To End Rape Initiative) and Bukola Otuyemi (Programs Coordinator: Stand To End Rape Initiative) arrived at No. 4 Ilesanmi Street, Agbado Oja, Ifo Local Government Area of Ogun State. Locating the victim’s abode was tough as it was tucked away in a very remote and ancient looking village just outside Lagos.
On getting there, the curiosity of the villagers were piqued as to who we were and what our mission was about. The team found out that the victim’s father was not at home and he did not own a mobile phone to be reached on. The team met a bit of hostility but with patience and banter, managed to break the ice. They approached some neighbors, who were very irresponsive and one of them even denied living in that building although after mentioning their mission, the neighbors began to cooperate. The first set of young ladies we interviewed claimed not to be within the vicinity of the village when the incidence occurred but admitted they’d heard about it. They also claimed not to know the whereabouts of Hawawu, the victim but advised that a revisit be scheduled forSunday (in order to meet the victim’s father at home).

While educating the neighbors about the after-effect of rape on victims, one of them pointed towards the direction of an elderly woman (who looked close to 80-90 years old) and claimed she Hawawu’s grandma. Initially the old woman denied being the grandmother, but after speaking with her in the Yoruba native language and making hr feel at ease; she opened up.

According to her (in English translation):

“No one has been here to see me, not even Adeleke, Lekan (the culprits) and their families. They never bothered to check up on Hawawu since she was discharged from the hospital. The culprits stay on Iwajowa street, but I don’t know the number but I’m more than willing to take you there. Please help me get justice for Hawawu.

I am an old woman. I can’t fight anymore, please help me fight or my granddaughter. I have no money but please bring them to justice. Hawawu’s rapists must be brought to justice. They have brought my family grief.

She was a virgin before she was raped. The parents of the rapists are around this area. I need assistance in this case. Hawawu, my grandchild is from Abeokuta. I nurtured her from as early as age one, when her parents parted ways.”

She was then asked if Hawawu is in the area?

“Yes, she is in the shop where she is learning to sew clothes. I will get her for you.”

At the shop, her boss (Mrs Sauban) claimed that Hawawu hadn’t been to work in a month (since the incident). Her boss also mentioned that she wasn’t around when the incident occurred. Mrs Sabaru was then asked for Hawawu’s contact or that of any friend that she has. The boss claimed she didn’t permit her apprentices to have friends let alone own mobile devices, but made it clear that Hawawu now has a phone.

After carrying out deeper investigations, the representatives of Stand To End Rape Initiative gave their contacts to the grandma and Hawawu’s boss to contact them once Hawawu is sighted.
During the journey back home for the team, thoughts and opinions were exchanged and the same conclusions were reached that unless the society is willing to help with rape investigations rather that shy away from it totally whilst treating the victims like outcasts, more progress would be made in bringing the perpetrators to book. The agony of the grandmother at the fact that the perpetrators were roaming free and damning the consequences remains indescribable.

All hands must be on deck to ensure justice is served. We cannot go on like this. Rape damages the psyche of the victims. Some victims mentally switch off and end up badly, others go as far as suicide. Please take a firm Stand To End Rape.

Around 7 p.m. Hawawu called Ayodeji Osowobi in an angry/frustrated tone and asked why she was being searched for. After much explanation, Hawawu stated that she didn’t want to pursue the case and would appreciate it if she isn’t contacted anymore.

Stand To End Rape Initiative has however decided to visit the home again on Sunday to meet the victim’s father as suggested by the neighbors.