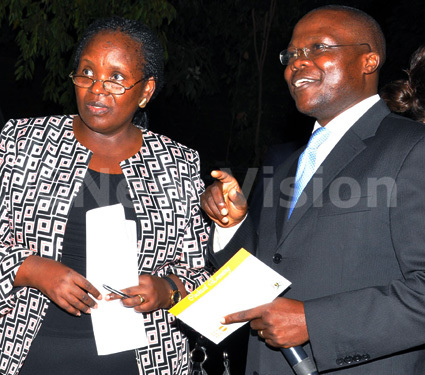 The United Nations Population Fund (UNFPA) has hailed the Ugandan parliament for enacting laws that criminalize all forms of violence against women and girls.

The UN agency’s work involves promotion of the right of every woman, man and child to enjoy a life of health and equal opportunity.

Its country resident representative, Esperance Fundira underlined the efforts of the House as a milestone for women in achieving justice in the courts of law that had eluded them for a long time.

Fundira pointed to the Female Genital Mutilation (FGM) Act, the Domestic and Violence Act and the Evidence Act as some of the laws passed in achieving justice for women and girls in Uganda.

She went on to commend MPs for successfully negotiating for the World Bank loan of $US100m (about sh257bn) towards maternal health.

She said the lawmakers had done a tremendous job in advocating for increased budget allocation to family planning.

Fundira said their efforts have paid off as President Yoweri Museveni pledged that the government would spend $5m (about sh12.9bn) annually on family planning services for the next five years.

The President made the pronouncement during the family planning conference held in London in July last year.

UN’s Fundira was addressing Ugandan MPs during a dinner hosted for Ethiopian lawmakers at Kabira Country Club in Kampala on Saturday.

She implored lawmakers to play a major role in enacting appropriate domestic legislation and suitable financial resources to implement government policies and programmes that benefit society.

She appealed to them to sensitize the masses on population issues and ensure that accountability is fostered in every government’s programme.

She said UNFPA is willing to partner with parliamentary committees and forums to advance the reproductive health, population and development and gender issues.

The parliamentary commissioner, Emmanuel Dombo urged his fellow MPs to appropriate funds for population and development issues so as to improve the lives of Ugandans.

He disclosed that because of the vibrancy of the ninth Parliament, different parliaments across Africa continent and in the Middle East are developing interest in signing memorandums of understanding (MOUs) with the Parliament of Uganda in different areas of interest.

He revealed that today, (Monday) the People’s Congress of China will sign a memorandum of understanding with the Ugandan parliament to bolster relations between the two countries.

The 50-man strong delegation is expected to fly in today, headed by chairman of People’s Congress of China.