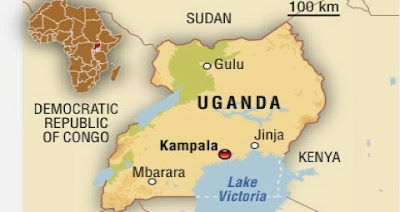 The Ugandan Government is taking a bold step in ending rape. It has been stated that people convicted of rape and defilement in Uganda face the prospect of being castrated or spending the rest of their lives behind bars, were a minister from the East African nation get her way.

Uganda’s Minister of Gender Labour and Development, Mary Karooro Okurut and some women activists say rape cases are on the increase and the only way to deter criminals is by castrating them.

These animals should go and meet the devil because when you imprison them, they will serve their term and come back for our children

The minister suggested a referendum on the matter, as Ugandan police say at least 6,500 cases of sexual abuse were reported last year.

The latest call for the castration of rapists comes as the world begins the annual 16 days of activism against gender based violence.

In an interview with the government-owned newspaper, The New Vision, Karooro Okurut suggested that there should be a referendum on whether a convict of rape and defilement serves life in prison or is hanged.

Rapists serve between two and 10 years, while those who sexually abuse children are imprisoned for up to 15 years in prison.

But the minister insists this is not enough to deter abusers.

“I have openly said if someone is convicted of rape, why should he live? It is so gruesome seeing a nine-year-old girl who has been defiled,” Karoo Okurut said.

“These animals should go and meet the devil because when you imprison them, they will serve their term and come back for our children.”

Annet Auma, an activist, weighed in ”Surely we should stop being soft of defilers and rapists.

“If I was given a chance I would castrate them so that even when they go back in society they can no longer defile or rape.”

On Wednesday, local leaders in Mubende District in central Uganda saved a man from being lynched after he was caught allegedly defiling a five year old girl.

Bizarrely the suspect, in his defence, reportedly said he risked contracting HIV if he slept with older women.

Can Nigeria take this step? If yes, is it plausible? What’s your thought?