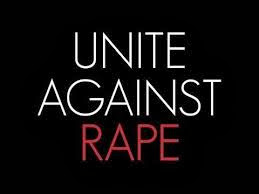 One major definition or should I say characteristic of news that is etched indelibly in my memory is that “when a dog bites a man, that is not news, because it happens so often. But if a man bites a dog, that is news.” This characteristic, as I was told, explains the need to avoid publishing recurrent issues as headlines so as not to bore the reader. Events that are not commonplace attract more audience than daily occurrences.

Personally, recurring news don’t tickle my fancy. And I’m sure there are many people whose attentions are not drawn by news articles they’ve read many times.

For a while now, cases of rape and all forms of sexual molestations, especially on innocent little girls have become widespread. Times there were when such cases roused many discussions and made the banner headlines of our newspapers. However, with the frequency of such cases, I’m afraid they have been consigned to the category of “dog bites man”. Having been overly reported, they only attract little readership. People now dismiss such news with a shrug of their shoulders as they have become commonplace and deserve no second thought.

More worrisome and heartbreaking is the fact that bizarre cases where renowned clergymen have unholy relationships with their church members (read) and fathers molest their children (Also read) now constitute the bulk of these cases. These cases are published but most times, we don’t get to hear anything concerning their outcomes.

When a child is raped or being molested, she runs to the father and most times to the pastors. But who will such child run to when the people who should be vehemently fighting against this scourge are major contributors?

The end products of such early molestations are that the victims not only undergo serious psychological traumas due to the memory of the events, but are also set early on the dangerous path of promiscuity. Many live with the fear of getting pregnant, contracting serious infections and the stigmatization that is often dished out to them.

While many agencies, both governmental and non-governmental, have put up a strong war towards the eradication of rape, everyone must also join the fight. In an age of sheer materialism, moral depravity and religious fanaticism, people must decide not to be gullible and become victims of pastors who prowl around in the name of religion. Parents are duty bound to become more vigilant than ever. If your children are workers in the church ensure that they have not graduated from working for God and serving the church to satisfying the pastor’s amorous needs.

Again, victims of rape and other forms of sexual abuses must speak up. Only when you cry for help will you be helped. Admittedly, this is not easy. Some of them live under threats of being murdered if they should ever divulge the information. The problem with speaking up is that people are quick to condemn the victim as the cause of his/her woes or as one who has been paid to blackmail and disparage others. Little attention is paid to the person’s wails and the culprits are let loose again to continue in their evil ways. That explains why many victims of such abuses prefer to keep mum because speaking attracts condemnation instead of the much needed aid. Stigmatization of victims of such abuses must be stopped. Rather than abuse the victim, join the fight and support agencies addressing such issues to prevent further abuses.

Lopsided prosecution of such cases must also be eradicated. How can we cry for more laws when the existent ones have not been properly implemented? Suspects must not be let off the hook unless it has been thoroughly verified that they are innocent. Our law enforcement agencies must come up with a satisfactory mechanism for investigating and prosecuting such cases rather than sweep them under the carpet for lack of evidence.

We must all join hands together to fight this scourge. Whatever affects one directly affects the larger society indirectly. We must all ensure that the issue of rape remains at the front burner at all times. It must not be relegated to the “dog bites man” section. Because then we start losing the war.