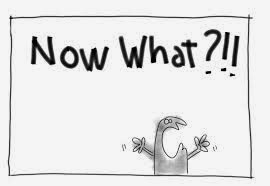 Don’t crucify me yet, I know it’s old news! But errrmmm seriously, this story has been on a low key ever since! I just thought to refresh our minds on the possibility that nothing is being done about this issue — typical right!

Remember the story of Bishop Chibuike Nwabueze, the Chairman of All Bishops in Rivers State, who was arrested for allegedly raping a 15-year-old girl and was paraded by the state Police Command. The Bishop claimed hypnosis in his confession – made before newsmen – adding that a colleague in the Lord set him up at the church where the incident occurred.
He however denied raping the girl, claiming that the lady undressed after the prayer session and before he knew what was happening and shout “Blood of Jesus”, he had engaged the girl.

The Bishop believes that this was a calculated ploy to discredit him as the other Bishop was also contesting the post of Chairman of All Bishops in the state with him.

He said: “We have different Colleges of Bishops. I am the Chairman of Communion of Bishops in Rivers State. Well, what actually happened was a set up. It was a set-up by my enemies. The man who is in-charge of where I went to minister is my enemy. He is the person that set me up.”

“He invited me to his church for a programme and after the programme, he set me up because of what we are dragging. We are dragging the chairmanship of the communion and that was why he set me up. But to my greatest surprise, on the said day and after I had prayed for her, the girl started pulling off her clothes and before you knew it, I had carnal knowledge of her.”

Nwabueze described as untrue, the allegation that he made the girl abort a pregnancy from the incident. According to him, it was the girl’s father that did it but he took care of of the bill. He added that anybody could have fallen a victim of what happened to him while being paraded at the Rivers State Criminal Investigation department, SCID, in Port Harcourt.

Guys what’s going on here? This man never enter jail ooo! Is the case still under investigation or wait a minute, he sill preaching the Gospel? Do we really believe this man was set up or is he just trying cover up his sins? Guys pls help me on this one!
0 Likes