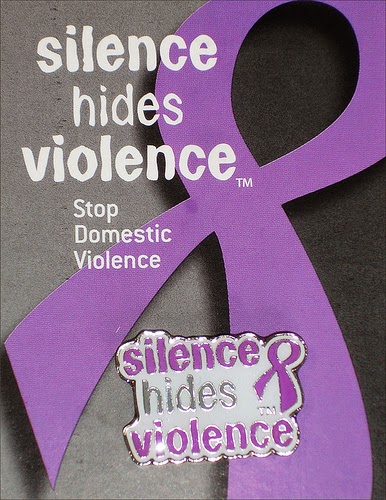 Within the last couple of weeks a lot of occurrences from the mundane to patently mind blowing has been scrolling across our collective, from continued Bringbackourgirls hash tag campaign for the Chibok girls to be rescued by Government to the comedy of the absurd playing out amongst our morally fractured political class.

Presently the 30percentornothing hash tag campaign is trending with a wide and varied series of emotional response. Some irritated others angry, while some offered whole hearted support and enthusiasm and those in between..

However apart from the frustration and anger at the perceived complacency of Government as regards a whole raft of issues, none of the news has caused as much angst and exasperation as the tweets bordering on an incident of domestic violence I read about barely few minutes ago. Since information about this particular issue is just unfolding hence we are not privy to the facts surrounding it this piece will suffice with one of equal impact hence assessment.

A couple of months ago, the flamboyant ex lawmaker Dino Melaye’s partner packed out of his house due to her inability to withstand Dino’s regular violence upon her person.

If the man’s abhorrent actions were condemnable his supporter’s response was equally disheartening, from absurd and puzzling justifications to outright denial, many just simply side stepped and moved on like normal. Now consider the shocking theme, out of these followers of his, an overwhelming percentage of them are female.

Pause and reflect upon this for a few seconds before reading on….

As anyone who has read me in the past will attest to, I always take the pains to stake my dispassionate posture in order to avoid any perceived bias, however on this issue of Domestic violence and society’s compliant acceptance I have to declare I am totally biased in favour of victims. I will not even dwell on the Political implications as I am wont to do because it is beside the point in this present issue but focus on the social impact as regards domestic violence specifically.

For contextual even straight forward understanding of the issues a chronology of events that led to this sorry state is in order, so Pls bear with me as we start from the beginning. Last year, his wife of 10years moved out of his house and filed for divorce after a silence spanning several years of withstanding Dino Melaye’s constant beating, culminating in him severally assaulting her in the presence of their children. As if this was not enough as she lay on the floor a bloodied heap he then trained a pistol on her head, threatening to shoot her if she dared to cross him…

Luckily for her she was able to launch a successful escape as she sought refuge in a police station still dressed in her night dress. May hap’s to psychologically continue the abuse he had constantly meted out to his wife or discipline her for her Audacity to reveal the extent of physical and psychological abuse he blocked access to their children then fed stories to his press sources propagating half-truths and outright falsehoods all towards maligning her reputation.

While this sorry matrimonial debacle was going on Dino without regard to his traumatised children’s feelings or his estranged wife and her family in his usual morally bereft and immature show boating unravelled his newest conquest.

Without due regard to anyone least of all his immediate family, in-laws publicly posted pictures, serenaded and regaled her with love quotes to assure the public and the newest partner that he was far from picture of a blood spattered personae being painted by his estranged wife. However in a true and predictable reflection of an unrepentant wife beater days ago we read the accounts of the latest partner voluntarily moving out of his house with her 5months gone pregnancy stating same reasons of domestic violence at the hands of Dino Melaye.

If you recall earlier on I stated my utter dismay at the response of his supporters many who are ladies themselves, however if we were to accept that they are beclouded by some vestiges of his charms even a memento of affection we are not privy or oblivious of, how can we justify the muted even dismissive response of female gender rights advocates in Nigeria?

The first thing I looked out for during the marital debacle with his first wife were the response of the gender rights and advocacy groups generally, those Whom I expected not only to support her but use their platforms to continually stimulate and enlighten the public on the whole issue surrounding domestic violence, how far the court case has gone including custody issues surrounding the children however I was sorely disappointed.

We all read the case of the Fuji musician who raped a lady then proceeded to move the case to a more sympathetic police station using his public good will as a celebrity, once the case had been stifled of any legal oxygen he went to town boasting gleefully that he indeed slept with her and enjoyed it, releasing an album to commemorate as though it was a thing of pride perhaps some sort of conquest he informed his fans later that it was a best seller. Indeed like the Dino Melaye issue, gender rights and advocacy groups were silent and meekly observant.

In a misogynist and patrilineally blighted society such as ours where a man is biologically superior, where ecclesiastical apartheid is a vein travelling through every sinew and facet of society ably funded and actively promoted by religion both Christianity and Islam, whose adherents proffer ambiguous justifications where a man especially a rich and connected one can treat their wives or women with such impunity. The law enforcement and judiciary offering only a token succour if not encouragement, the last fortification victims of domestic violence have are advocacy groups.

It is imperative to realise response to social vices such as domestic violence depends to a large extent on how proactive advocacy groups are in their responsibility highlighting and pursuance.

The nucleus of what advocacy should be about ranges from education, enlightenment and how robustly high profile cases such as these are responded to, if advocacy groups pay only a banal attention to such high profile cases then the default perception from the society, especially women presently in the throes of domestic violence considering if they should take the step is that of quiet acceptance or condoning the absurdity.

I have seen similar cases involving poor men where same compliant gender rights groups will even go overboard to make sure the men are brought to book.

Few instances where a proactive and responsive campaign by advocacy groups have achieved results include the incident surrounding the First Lady of Enugu State, Mrs Clara Chime and also the harrowing case of the Ejigbo pepper victims which was followed to its logical conclusion bringing all the perpetuators to justice. The initiative driven solely by Gender Rights Advocacy Groups.

If gender rights groups, government agencies, religious organisations and society at large allow social or and financial status dictate the kind of cases they will get involved in or campaign in support of then it is imperative for them to realise not only are they failing those who need them most (victims of domestic violence) they are invariably strengthening the perpetuation of these centuries old customs and traditions which not only okays the abuse and subjugation of women but that which justifies a woman being treated like a domestic and expendable chattel.