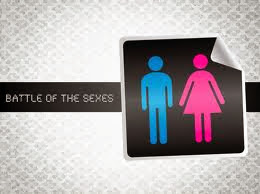 I grew up in an environment where the girls were ordered not to talk when the elders did. It was a sin to share your opinion, argue your thoughts in actuality we had no right or freedom of speech. We were meant to act dumb even though we had active minds. Obedience meant silence, silence wasn’t an option, it was forcibly imposed, it was part of our lives; you abide by this makes you an obedient child, you don’t and there’s an unfortunate stigma attached to your name.
Up till my early teens I was an obedient child, I did what I was told to do without questioning or objection. I noticed the boys were more independent, as a matter of fact, they were encouraged to talk, had freedom to play, mingle and instructed to act like men. In my full glare, I watched as boys were hailed as potential leaders and heads of the home. Often times I wondered why this came to be, why can’t they hail the girls as well? Why were we made to look less? I was a living mannequin who had so much in store but her mind had been sealed out. It took me sometime to come to the realization that obedience isn’t about being expressionless rather its about doing the right thing; wrong thing was keeping mute.
Those times I wanted and longed so much to share my opinion and ideas. I had a strong intuition, yet I lived each day in silence. It got to a point where my active mind was filled to capacity and was pressuring me to break free, unlike me it was too diverse to be coerced into silence. Deep inside I knew this wasn’t how I wanted to live my life, this was the life society wanted for me and not the one I wanted for myself. How could I have allowed them? Again I knew it wasn’t my fault kids could easily be brainwashed into believing anything. For me the good part was discovering the truth and so came to be my pursuit of self actualization and growth. I refused to succumb to the norm because I was determined to free the free spirit within, to see the light and I succeeded. Today, I learned never to keep silent.
Gender equality has been a battle women have been fighting for many years. Society through their  eyes of prejudices, customs, tradition and religion tend to act more into what they have been taught to believe. As a result, this has led to much deception everywhere, nowhere is the deception more apparent than in misunderstanding God’s divine order for both genders. In the modern society, this practice still continues, it is so strong that preference is given to the male when it comes to good jobs, higher education/positions, votes et al. This is a new generation, why cant we just be? Why does gender have to determine personality, opportunity and lifestyle? Martin Luther King Jnr said he wants his children to be judged by the content of their character not their skin, its the same for our gender. Disparity between our body parts doesn’t affect motivation, determine intelligence or enhance mental abilities.
No woman young or old at this age should be subjugated or enslaved to anyone. Time is changing, still many think women are inferior to men, this isn’t true as women are also capable of getting an education, working outside the home and holding good jobs/positions. Like men, women can accomplish these goals. Society must understand that women and men can never have the same roles in most aspect of life but they must be given the same tools to succeed and be better people. I believe that if equality came to be the rising level of rape and child brides would entirely be cropped out.
So for every female its time for us to stand against gender discrimination and speak out on equality, we have to fight for what we believe is right. Women who want better life for themselves and children, and young women for their unborn children must fight against any distorted judgement and go through barriers, opening doors for our generation and the next generations to come. Gender norm is a barrier one has to fight through to see the light ahead and get further in life.
At the end, rather than determine who’s better, then we can finally say that we’re all the same. Judge me by who I am not what I am.
0 Likes