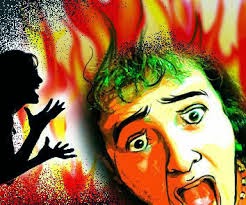 A teenage girl was allegedly set ablaze by a young man after she resisted his attempt to rape her in Pratapgarh district, India.

According to police sources, the 16-year-old girl was sleeping in her house in Tina village in Lalganj area when the man managed to enter the residence and tried to rape her.

When the girl resisted, the accused sprinkled kerosene oil on her and set her ablaze.

She was seriously injured and has been admitted to a local hospital in a critical condition.

At the time of the incident, girl’s parents had not been present and were out-of-station, the sources said.

A police search for the accused has been initiated while investigation into the matter is on, they said.