This is the Story of a teenager, who was subtly lured and drugged, and raped by someone she met online. In this era of great moral decadence and internet scams, it is very important that we are careful in our interactions with people we meet online. The issues of rape are becoming alarming. We must all come together and fight this menace before it kills our future entirely. Please read it after the cut.

Despite all my parents had told me about trusting strangers, I still managed to fall for him. I was gisting with a friend of mine on “Frendz4u” when his friend request came up. I normally don’t accept requests from strangers but I guess I fell immediately I enlarged his avatar. His face was all over my laptop, he was smiling, his cute dimples coming out. My mouse hovered over “Accept and “Reject” until I finally clicked “Accept.”
“What’s the worst that can happen?” I told myself I’d be really careful.
We got talking, he was very interesting to chat with, very funny too. What struck me most was that he never asked for any personal information yet he told me all about himself. He never asked me for my house address or anything like that, no wonder there was no hesitation when he asked for my phone number after about one month of chatting.

I still remember our first conversation on the phone, his voice was so soft, so sexy. After that day, he would call me and we would chat till late in the night talking about anything and everything. It was during our phone conversations that I noticed he was subtly flirting with me. I felt it was harmless so I flirted back. He would confess his undying love for me, I would in turn do same and we would both laugh about it.

One morning, I woke up to find a text from him. It was an invitation to his sweet 16 birthday party. I texted back and told him I’d love to come but my parents won’t allow me. He called me back immediately, his pleas were what made me change mind.

I lied to my parents with the help of my best friend. I told them I was going to stay over at her house for the weekend. Immediately after school on Friday, I went straight to my bff’s house to get ready for the party.

Since we wore the same size, I decided to borrow her clothes. She had more trendy clothes than I did. I must have changed outfits like ten times. I feel so silly now that I think about it. I wanted to look perfect for our first face-to-face meeting. I finally decided to go simple; a pink V-neck top, a pair of blue skinny jeans and a pair of black and pink flats.

When I got to the venue of the party, everywhere was packed full It took me a while to find him. I wish I had a camera to snap the expression on his face when he saw me. He rushed over and gave me a bone-crushing hug then kissed me right in front of everyone. I was too shocked to even respond. He hung his hands on my shoulder and started introducing me to everyone as his girlfriend. I decided to play along.

After the round of introductions, he handed me a drink (I insisted I wasn’t taking alcohol) and he led me to his room. We sat on his bed and we were talking. There was a funny feeling inside of me, like I was getting hot. He slowly started touching my body and to my amazement, I was enjoying it. My mind told me to get out but my body said otherwise. I listened to my mind and stood up only to discover the door was locked. I banged the door but nobody answered, probably because they couldn’t hear over the loud music. My body was slowly getting hotter and hotter. I felt the need to touch myself in ways I’ve never done before. I turned around to face him. He had a sly grin in his face.

“What did you mix with my drink?” “Just a little something to awaken your hormones.”

He replied, he stood up and walked over to me, he caressed my face lightly and I slapped his hand away. He laughed out loud and walked back to the bed.

“You better make this easier for yourself, sooner or later you’d be begging me to touch you.” True to his word, a few minutes later my body couldn’t take it any longer. It felt like I was going to explode if I didn’t get relief soon. I cried and begged him to get me out of this situation. He obliged me happily.

The next morning, I woke up to him kicking me. He threw my clothes at me and told me to get dressed that he was taking me home. On our way, I gave him my best friend’s address instead. I couldn’t go home looking like this. Immediately he dropped me, he zoomed off, no goodbye nothing.

Luckily for me, my best friend’s parents were not at home. After I told her everything, she was so furious, she was ready to go to his house and kill him. I managed to calm her down before she could do anything drastic.

My parents didn’t seem to notice anything wrong and I was grateful for that. I called him times without number but he didn’t pick any of my calls, didn’t reply any of my messages. When I went online I realized he had not only deleted me on “frendz4u” but had also blocked me to prevent me from sending messages.

I went to his house and met his parents at home. I asked of him and he was called for. There was a flash of anger in his face when he saw me and just as quickly, he rearranged his face. His first question was a blow to my stomach.

He seriously deserves an Oscar for his acting skills. He denied me perfectly and of course his parents believed him. His mother got upset when I started accusing him and I was thrown out of the house.
When I got home, I composed a text to him threatening to report he matter to the police. He sent me a text with a video clip attached to it. It was a video of that night. It had been thoroughly edited to show only the part of me begging. The text told me that technically he didn’t molestation me and I had no valid proof of him drugging me. He said he won’t hesitate to use the video as evidence if I ever reported to the authorities.
One big lesson! Don’t trust a friend, let alone a stranger! 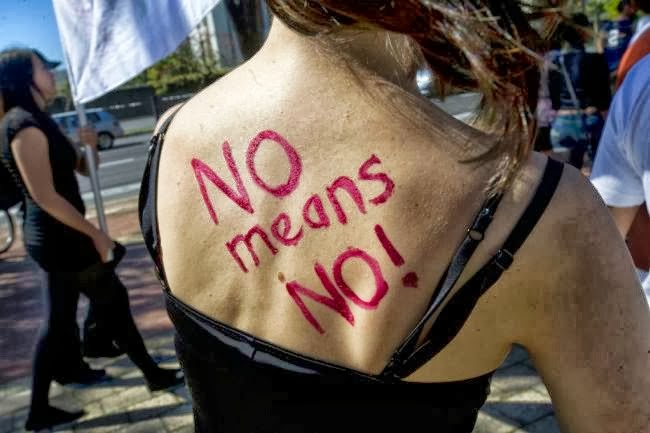