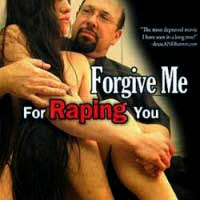 Just when I was still up in the air about whether a “shitty” apology is worse than no apology at all as regards my previous article, my friend sent me a story about a victim blaming. After reading I asked myself “If I were raped and my rapist blames me for it, in my pain and anger am I expected to forgive him even when he isn’t willing to accept responsibility for his actions/the harm he caused me?”
Sure I’m not the only one who thinks this way.

Often times when rape happens victims are told to forgive their rapists. Now, the first step in how to forgive is to fully acknowledge the pain and anger that came from someone’s actions, right? To add to the first step there’s need to acknowledge the full scope of the harm done beyond pain and anger and the full scope of what that harm has done to the person harmed.

Those who advocate for forgiveness need to understand this basic truth when what was lost or damaged isn’t as easily quantified as cash or the number of broken bones. If your pain and anger and the real harms done to you are things you are told you should just get over via forgiveness those who say this are not advocates for true forgiveness. Instead of the person who wronged you being at fault for the harm done to you, that harm gets twisted into something self-inflicted because of your refusal to forgive.

This is a convenient falsehood which contributes to those who offend, request forgiveness and then repeat. Too often this pattern of harmful behavior escalates because the offender’s denial of harm and denial of responsibility adds fuel to the harmful thought process which led to the initial harm. There is no greater minimizer of a wrong than treating the harm that comes from that wrong — be it criminal or not — as if the harm were self-inflicted. If the harm were truly self-inflicted these people would not need to be forgiven for anything.

Many times when rapists and abusers ask their victim for forgiveness, their request comes from selfishness and not even a spark of genuine desire to help their victim heal from the wrong done to them. These requests ask the victim to remain in a dangerous situation or they ask victims to allow dangerous people to escape full accountability. This turns a request for forgiveness into just another weapon. Those who encourage offenders to ask for forgiveness are doing those offenders no favor if they don’t require the offender to accept the full scope of the harm they have done with no minimizing, no distancing and no excuses (victim blaming).

Also instead of telling offenders to ask for forgiveness, they should be telling offenders to communicate their ownership and understanding of the harm they have done along with genuine remorse for causing that harm. They should take full responsibility with no expectation or request of anything from their victims.

All those who claim to take harm and crimes seriously need to acknowledge that the victims of these harms or crimes owe those who harmed them absolutely nothing. Most times victims are attacked for refusing to give the forgiveness seeker what that person wanted when they asked for forgiveness, the truth about the attacker’s character is revealed. And it aren’t a pretty truth.

A rapist who demands forgiveness or feels entitled to forgiveness is clearly unchanged at a core level and must be viewed as a dangerous person no matter how upstanding that person claims to be.