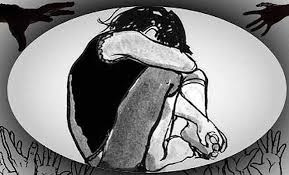 It is alarming that a survey conducted in January by NOI Polls revealed that almost 3 in 10 Nigerians admitted to personally knowing someone who has been a victim of rape; citing stigmatisation as the main reason why many rape cases go unreported. The poll which sampled over 500 Nigerians across the six geo-political zones of the country, also urged the government to create public awareness against rape. These were some of the findings from the latest poll results released by the Abuja-based opinion polling and research organisation.

Respondents were then asked: Do you personally know anyone that has been a victim of rape?Curiously, almost 3 in 10 (29%) respondents admitted to personally knowing someone who had been a victim of rape; with the majority (68%) stating that they did not personally know any victim; while 3% refused to answer the question. Furthermore, in view of the debate that often arises about the cause(s) of rape in the society respondents were asked the following: What do you think is the prevalent cause of rape in the society? From the result, the majority of respondents (34%) were of the opinion that most prevalent cause of rape in the society is “Indecent dressing”; followed by 18% of respondents that cited “Unemployment”. Also, “Lack of moral values” and the “Inability to control sexual urge” were each cited by 9% of the respondents as the prevalent cause of rape. Other reasons mentioned by respondents include “Faulty upbringing” (7%), “Ungodliness”, “Illiteracy about women rights” and “Bad Company” (all with 5%).

It is worth noting that this question was open-ended, allowing respondents to provide spontaneous responses. It is therefore worrisome that the majority (34%) of respondents attributed the prevalent cause of rape to indecent dressing. This finding throws some light on a recent article by Amaka Okafor-Vanni in the Guardian newspaper UK titled “Nigeria has a rape culture too”. In the article, the author argued that if the India rape incident had taken place in Nigeria, nothing would have been done about it. Stressing that societal values suggest that a lady “…must be told what to wear (or not wear) to limit the exposure to the men and when she doesn’t conform, and is assaulted or arrested, then she is responsible. In other words, if a woman’s body is visible, it ought to be available for sex or punished for this visibility.”

These responses suggest that majority of rape cases go unreported due to pressures that seek to compel women to remain silent about rape in order to conform to the expected societal standards of women remaining chaste till marriage. Similarly, the findings buttress recent media reports credited to Lagos Lawyer, Festus Keyamo, stating that “the problem hindering prosecution of rape was the lack of desire by the victims to pursue the case to a logical conclusion… it is one thing to allege being raped and it is another to make a report and proceed with the prosecution of the offence.” As a result, the courts have become handicapped because victims and their families fail to report rape offences.

In conclusion, it is clear from the poll that rape is prevalent in Nigeria, despite the fact that majority of the cases go unreported. However, these findings highlight a serious societal problem requiring urgent attention from the government, human rights groups, CSOs, NGOs and religious bodies. Although there’s no information on Nigeria featured in the UN rape statistics by country; this is a convenient smokescreen to bury the flurry of unreported rape cases taking place yearly in the country. The government is therefore advised to take measures to reduce the incidence of rape, and aggressively enforcing existing rape laws. Also, rights groups, CSOs and NGOs are encouraged to create public awareness against rape, promote non-stigmatisation of victims and encourage the reporting of rape cases.

The opinion poll was conducted on January 22nd  2013. It involved telephone interviews of a random nationwide sample. 585 randomly selected phone-owning Nigerians aged 18 years and above, representing the six geopolitical zones in the country, were interviewed. With a sample of this size, we can say with 95% confidence that the results obtained are statistically precise – within a range of plus or minus 4%. NOI Polls Limited is Nigeria’s leading opinion polling and research organisation, which works in technical partnership with the Gallup Organisation (USA), to conduct periodic opinion polls and studies.

What can be done to #EndRape in Nigeria and how can we sustain survivors seeking for justice?