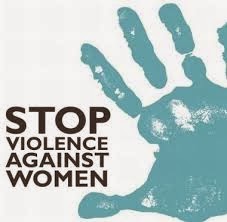 Hello everyone, we started a session on sexually abused women (check HERE), this is the concluding part. We hope after reading this, we will be more enlightened.

Can a husband rape his wife?

In my view, a husband can rape his wife repeatedly without being remorseful of his actions of sexual violence because he (in his rights) is making her perform her “wifely duties”. However, this is not a popularly accepted view. The popular view is that rape cannot exist within marriage. What is your view?? (Comments please)
In reality, a lot of women are victims of marital rape, but the defense of many men is that in marriage, there is a license to engage in sexual relations. In as much as there is consent to consummate the marriage, nowhere is it stated that the man should forcefully have sexually intercourse with his wife.

The notion that rape does not exist within the context of marriage should be expunged. Rape is rape irrespective of the relationship between the rapist and the victim.

One cannot begin to imagine the trauma, the hurt, the betrayal and the pain. Trauma from rape has serious long term consequences for victims regardless of the assault being prosecuted or not. Many women are being raped in various societies regularly. Who can they turn to for help? when our traditional beliefs (African) and our laws have forsaken them. These women make up excuses each time just to avoid being told that she is denying her husband of sex; hence, justifying the acts of rape carried out by their husbands.

I believe everyone has a right to refuse sex, irrespective of the occasion and the circumstance. Sexual intercourse without consent is rape. If a man forces his wife using forceful or violent means to have sex with her, I would not sugar-coat it as marital duties; it is rape – plain and simple.

I am a believer in God, but I do not subscribe to the idea of any form of violence by husbands towards their wives.

Lets look at the story of Nadia, who got married at the age of 21 said her nightmare began few months after their wedding in 2006; she was a few months pregnant when he first hit her. She was dumbfounded. Once her husband wanted sex, it is as if he loses all sense of reasoning, not caring about her state of health. If she tried to struggle, he overpowers her and have his way. He rapes her and many times she ends up having tears, bruises and even bleeds. After his sexual gratification, he stands up and sleeps. Nadia always cries herself to sleep. What hurts the most is him still demanding sex the next morning and evening even with all the injuries and pains still fresh. At different times, if she refused, he would kick her out of their bed and she would fell on the tiled floor. Once her husband gets upset, Nadia not only turn to his punching bag, she becomes a lifeless sexual zombie to him.

Sade, another victim of sexual and physical violence tells me her ordeal. The bodily scars evident on Sade’s body were clear pointers of a violent marriage. Sade’s husband beats her repeatedly, calling her names and raped her, leaving her bruised, injured and in agonising pains. Her husband coerced her to engage in sexual acts for his sexual gratification. He wanted her to act out the roles he forced her to watch on pornography movies, if she refused, he beat her black and blue and chain her to the bed like an animal. This physical and sexual violence went on for years, until Sade gathered the strength to walk away from her violent husband and marriage. The trauma she has undergone these past years are simply indescribable.

Another incident is that of an unnamed woman, who had to endure five years of brutal assault and rape in her marriage. Her husband made it clear that she must be at his beck and call whenever he wanted to have sex. In the process, they lost their first child and things never remained the same. After the death of their child, her husband raped her repeatedly. How can a man you rape a woman (his wife) who just lost her (their) child?

Sadly, these stories are only a pinch compared to the multitude of cases unreported. This issue of marital rape is not attributable to any sect of women; it is unfortunately a global issue. Victims of spousal rape like all other rape victims do not come forward as a result of the shame associated with making a claim of rape by a person’s spouse. It is unthinkable and unimaginable right? But the bitter truth is Marital Rape is REAL!!!

Studies on spousal rape have shown that about 15 – 25 per cent of all married women have been raped by their spouses. Also, some 1,100 women are raped every day in the Democratic Republic of Congo; it has one of the worst records of domestic violence.

Some countries have taken steps to provide legal protection for women like England (1991), Scotland (1982) and Afghanistan, to mention a few have made spousal rape or rape in marriage is a criminal act. Some others do not see the criminality in rape for example, in Kenya and India, marital rape is legal. How can a country justify rape? Rape should not be restrictive to in its definition. Rape is Rape be it marital rape or stranger rape.

While rape by a stranger gets clearly defined as rape, rape by a spouse has its boundaries blurred. Marital rape is often part and parcel of an abusive, dysfunctional relationship, and occurs long term. “According to the UN Population Fund, more than two-thirds of married women in India, aged 15 to 49, have been beaten, or forced to provide sex. In 2011, the International Men and Gender Equality Survey revealed that one in five has forced their wives or partner to have sex.”

Sadly, Nigeria laws exempts perpetrators of ‘rape within marriage’ from punishment, this means marital rape in Nigeria is legal. Should this be so? Our cultural beliefs and entire legal system fails a woman who is seen as her husband’s property, as his subordinate, hence the concept of ‘marital rape is unrealistic’. I believe every human has equal right to be protected against abuse and violence. If we strive to protect children from abusive parents; why can’t we protect women from their abusive husbands. When we see men doing wrong we should speak up and help save our women. The role of a woman is very important because women are the kingmakers, homemakers, if we have distraught mothers, what kind of children will the families release into the society ???

There is a need to create awareness of the barbaric acts of men on their wives and the damaging effects on the women. There is a need for a legal protection of married women, because the society has abandoned them to their faith. Let us bear in mind, that they are human beings and are our sisters, friends, children and daughters and have the right to seek redress and pursue justice through the legal system.

Let us speak with one voice for these women who cannot defend themselves from abusive husbands and partners.

(This write-up does not attempt to exhaust this topic)