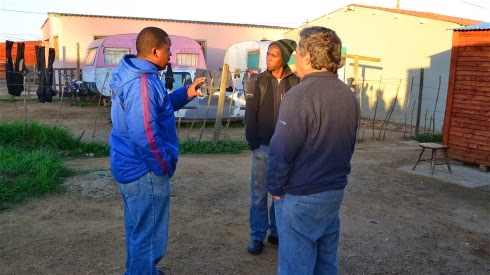 At the time of her attack, in the early hours of 2 February, the houses were only half built and the area was an unlit construction site. Booysen’s attackers raped her, punched her repeatedly in the face and then cut her open from vagina to anus. She was discovered a few hours later and taken to hospital, but lived only long enough to say the nickname of a man she knew, whom the police assumed to be one of her attackers. He was arrested but later released due to lack of evidence. Another man has confessed to raping and beating Booysen but denies cutting her; he is in custody, awaiting trial.

Although Booysen’s attack was particularly brutal it was by no means exceptionally so in a country renowned for its high levels of violent crime and for having one of the highest incidences of rape in the world.

Even in Bredasdorp, a rural town with a population of 27,000, Booysen was not the first rape victim to lose her life. Why her case became a focus of national attention making the town synonymous with a crime afflicting the entire country, is baffling to many of its residents.

Substance abuse
In the days following Booysen’s murder, media reports and politicians were quick to point to the high levels of drug abuse among Bredasdorp’s youth and to suggest that ‘tik’ – the local term for methamphetamine – played a role in her death. Tik addiction is rife in Cape Town, about 200km away, and the drug has made its way, along with marijuana and Mandrax, to Bredasdorp. But according to commander of the local police station, Colonel Maree Louw, “The accused were not gangsters or drug abusers. They’d been drinking only.”

In fact, most community members that IRIN spoke to suggested that alcohol abuse was a bigger problem, affecting both young people and their parents. Booysen was attacked on her way home from a pub that continues to be a popular hangout for young people in the area with little else to occupy them.

“Nothing happens here during the week, everyone just goes home. But at the weekend, it’s on,” said Mark Diedericks, 19, who lives in the area. “People don’t earn much here… They buy a couple of cases of beer on account, then there’s no money for food and they’re in debt.”

The main crime the police in Bredasdorp deal with is assault, mostly occurring over the weekend after alcohol has been consumed and usually involving people who know one another. Of the 20 rape cases recorded in 2012 (down from 36 the year before), Louw said that most of the women knew their attackers and were themselves under the influence of alcohol when the attack happened. Under such circumstances, some women decide not to press charges.

“There are a lot of cases where girls get raped and report it but then withdraw the case,” confirmed David Elliott, a facilitator with a local youth project. “Sometimes the [perpetrator’s] family pays them, or they might be scared or it might be a relative. A lot of people just keep quiet.”

Several other people IRIN spoke to suggested that the majority of rape cases in the town go unreported.

“Most rape is silent. It happens in households, and alcohol plays a huge role”

“Most rape is silent. It happens in households, and alcohol plays a huge role,” said Theresa Pas, a youth leader with Education Connection, a local NGO that encourages young people to abstain from sex, drugs and alcohol.

Education Connection invites children to write letters about problems they face that they find difficult to talk about. Following Booysen’s death, the organization received a flood of letters containing stories of rape, molestation and abuse.

The organization’s pregnancy crisis centre also deals with cases of girls who report being raped only after becoming pregnant. “It’s such a small town. Girls don’t want everyone to know they’ve been raped, and their parents also don’t want people to know,” said Elna van Rooyen, who runs a sexual education programme at local schools through Education Connection.

Several girls that IRIN interviewed at the local high school agreed. “Most of the guys see girls as just people to have sex with,” said Xandria Smit, 18.

Her friend, Naledi Mosola, 17, pointed out that for some boys, negative male role models can be found much closer to home: “When your father’s beating your mother, you think it’s right to do that.”

Young people that IRIN spoke to complained about the lack of things for them to do in Bredasdorp. “There’s church stuff and sports,” said Smit. “Children who aren’t into that go to pubs and clubs.”

Levels of boredom and alcohol abuse among the town’s youth are part of a broader social malaise in Bredasdorp, which has high rates of school dropouts and single-parent households. “Bredasdorp has a 60 to 70 percent school dropout rate,” said Mike Abrams, founder of Hands On, another local NGO that is running projects aimed at keeping children in school. “Anene was a drop out; so was her [alleged] attacker.”

Like many of her peers, Booysen only completed primary school. Before her death, she had a job cleaning newly built RDP houses on the same construction site where she was killed.

“She didn’t talk about school and stuff or what she wanted to do with her life,” said her niece, Monisha Ruiters, 16. “She was a quiet person at home.”

Renier Louw, 24, leader of Bredasdorp’s Youth Council, said the high school dropout rate was related to a lack of job opportunities. “Youth here [are] very frustrated. Why do kids drop out of school? It’s because they don’t see the point.”

Both Louw and Abrams are involved in a youth leadership project that will support 50 young people over the next three years to stay in school by sticking to individual development plans.

Another Hands On project called Boys To Men aims to fill some of the void created by the absence of fathers from the lives of many young men in Bredasdorp.

“We found a lot of men don’t know how to speak to other men,” said Louw, who himself grew up without a father. Boys To Men organizes workshops and sporting activities that bring together older and younger men to support each other and talk about fatherhood and the problems they face.

Abrams described the sense of anger and hopelessness afflicting Bredasdorp, and many other South African communities, as symptoms of “a multiply-wounded country” still reeling from colonization and apartheid. “Communities have suffered trauma over many years, and it’s crept into the fabric of society,” he said. “We’re all infected by it; it becomes normalized, and there’s no quick fixes… Access to mental health services is limited, and trauma compacts until something triggers it and they snap.”

Only two social workers serve the entire Cape Agulhas Municipality that encompasses Bredasdorp, and government funding for programmes aimed at youth development and preventing abuse has been scarce. The town’s many NGOs and community organizations have attempted to fill the gap, but according to Abrams, many lack management capacity and often work at cross-purposes. The recent establishment of an umbrella organization, the Overberg Development Association, is helping to improve coordination, but it is Booysen’s case that has brought a much-needed injection of interest and cash for social development programs. 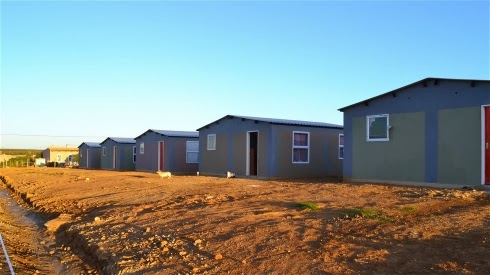 “We know Anene’s death opens a lot of doors for us and we have to ride that wave,” said Annaleen Vorster, communications manager for the Municipality.

In April, Minister of Higher Education Blade Nzimande launched a R10 million (US$993,800) skills development project in Bredasdorp that will offer training and apprenticeships to 700 learners and turn one of the RDP houses next to where Booysen was murdered into a skills-and-development centre named in her honour. The municipality has its own plans to build a safe house for victims of gender-based violence, funded by corporate donations.

According to Vorster, the biggest impact from Booysen’s death has been a change in mindset. In addition to improved participation in the town’s neighbourhood watch programme, “we now talk about sexual violence more openly,” she told IRIN. “Victims have come out and told their stories and there is a realization, not just in Bredasdorp, that it’s time to take a stand against sexual violence.

“I think Bredasdorp has become the conscience of South Africa.”