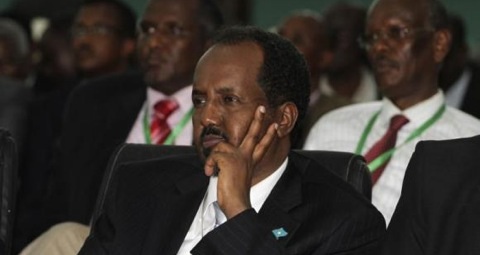 Somali president Hassan Sheikh Mohamud has stressed his government’s commitment to combatting abuses against women although he admits that the country’s “tense environment” is hindering the efforts.

Mohamud spoke to Amnesty International on Sunday as part of its End FGM European Campaign. He conceded that rape, sexual violence and female genital mutilation (FGM) were areas of great concern in Somalia, highlighting the foundation of a special police force dedicated to the investigation of rape.

Mohamud also pointed to the supply of rape kits to Mogadishu and harsher punishments for rapists, including capital punishment.

But he admits that Somalia is suffering from a “capacity issue”, and blames the international community for “finger-pointing” on the subject of sexual abuse in the troubled nation.

“Legally women and men have always been equal in the eye of the law,” says Mohamud.

“In 1960 women were voting, women were competing in government positions. But there are cultural issues.

“FGM is against the modern way of life,” adds Mohamud. “It’s against Islam.

“In the rural areas it is still there and it’s a matter of time until we see that FGM has been completely eradicated in Somalia.

“We are in a very tense environment where the demands are too many, and the challenges are overwhelming.

The UN reported that there were 1,700 cases of rape in internally displaced persons (IDP) camps in Somalia last year, of which 70 percent were allegedly committed by men wearing government uniforms.

AMISOM peacekeeping troops have also been accused of sexual crimes in Somalia, as the fight to eradicate terrorism continues.

In August a woman was reportedly abducted in Mogadishu, drugged and raped by men in state uniforms.

Mohamud admitted that Somalia’s difficult past had made it a dangerous place for women, underlining the importance of a strong judiciary.

But the premier, who yesterday received 1.8bn Euros ($2.4bn) in development aid from EU members at the New Deal for Somalia conference in Brussels, accused the international community of being unconstructive when it comes to women’s rights in the Horn of Africa nation.

“In a place like Somalia people can expect that bad things will happen. But that does not mean that society is a wild society that behaves in the way it has been exposed,” he said.

“This is a country that has been without functioning state institutions for over two decades now.

“This is an issue of lack of enforcement of the rule of law.

“That’s why we make priorities of the security and justice sectors.

“We are doing our level best. What we are getting from the international community is criticism and finger-pointing.