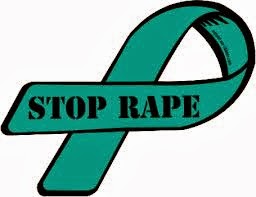 The insecurity issue in Nigeria isn’t a new phenomenon, but the act of raping after robbery is just a despicable! I mean, after robbing the girl of her valuable possessions, why rape again?

According to reports, a 17-year-old female student of the University of Calabar, “Anna,” was raped to a state of coma by armed robbers who raided the hostel she and several other colleagues are living on Tuesday night in Calabar.

The robbers, according to a fair complexioned male student who gave his name as Ngoli, attacked the hostel located at Mount Zion Road/ Inyang Edem Street at about 2am and raped all the female students and carted away all their laptops and cell phones.
‘They stared by firing warning shots into the air to warn us that they came for serious business and thereafter went from room to room battering everybody and raping the female students one after the other.’

He said the girl that went into coma was still a virgin that made all the robbers want to have a taste of her. ‘The first one to pounce on her announced to the rest that she was still a virgin and that made everyone of them go after her and in the process she bled seriously yet they would not allow her go.’