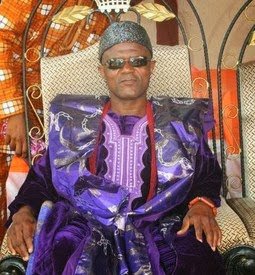 A Nigerian court has discharged and acquitted the traditional ruler of Ilowa Ijesa, Oba Adebukola Alli, in the Nigerian state of Osun, over an allegation of raping a National Youth Service Corps member.

Justice Oyejide Falola of the Osun State High Court sitting in Ikirun gave the verdict on Tuesday, putting an end to a three-year sexual case that has brought national attention on the traditional king, and his accuser, the beautiful Miss Helen Okpara.

The Judge said Miss Okpara failed to show bruises on her private part as evidence that she was raped.

Delivering judgment, Justice Falola said that the plaintiff, Miss Helen Okpara, failed to tender enough exhibits to convince the court beyond reasonable doubt that she was indeed raped by the monarch.

The judge also held that Helen, who accused the monarch of raping her at his private residence in Osogbo, failed to prove that she was raped in the course of her sexual affair with the King.

The Judge said a case of rape could only be established with exhibits such as bed sheet, the victim’s pant and a medical report indicating forceful penetration, adding that the prosecutor failed to tender all these.

He further said the prosecutor failed to show to the court the plaintiff’s torn clothes as she had claimed in her submissions before the court.

While stressing that a case of rape must be proved with injuries sustained on the private part as well as other parts of the body, Falola said the court was not convinced that Miss Okpara sustained any injury.

Justice Falola also said the court was able to establish the fact that Okpara and the monarch had been having regular sexual relationship before a misunderstanding ensued between them.