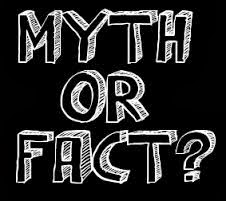 Rape myths are beliefs about sexual assault that wrought with problems. Some myths are just completely and blatantly untrue. What often happens is that beliefs surrounding circumstances, situations, and characteristics of individuals connected to rape are applied to all cases and situations uncritically. Myths exist for many historic reasons which include inherited structural conditions, gender role expectations, and the fundamental exercise of power in a patriarchal society. The best way to approach rape myths are to confront them honestly and frankly. Don’t deny their existence and don’t dismiss one ungrounded statement with another.

Confronting rape myths sociologically means looking at the data and reevaluating knowledge in the face of social facts. What follows are a list of rape myths and the facts that bring those rape conceptions into question. They are not always conclusive but provide the ground work for continued research.

Fact: Rape is experienced by the victims as an act of violence. It is a life-threatening experience. One out of every eight adult women has been a victim of forcible rape. While sexual attraction may be influential, power, control and anger are the primary motives. Most rapists have access to a sexual partner. Gratification comes from gaining power and control and discharging anger. This gratification is only temporary, so the rapist seeks another victim.

Fact: Research has found that the vast majority of rapes are planned. Rape is the responsibility of the rapist alone. Women, children and men of every age, physical type and demeanor are raped. Opportunity is the most important factor determining when a given rapist will rape.

Myth: There is a “right way” to respond to a rape situation.

Fact: Since rape is life-threatening and each rapist has his own pattern, the best thing a victim can do is follow her instincts and observe any cues from the rapist. If the victim escapes alive she has done the right thing.

Myth: A victim should be discouraged from dwelling on the rape. She should “forget it”.

Fact: This advice generally comes from people who are more concerned with their own feelings than the victim’s. All victims should be offered the opportunity to talk about the assault with those personally close to them and knowledgeable professionals. Victims who are not allowed to talk about the rape have a much more difficult time recovering form it.

Myth:Support from family members (only!) is essential to the victim’s recovery.

Fact: A Victim Services study found that emotional and practical support offered by family and friends does not necessarily speed the recovery of rape victims. However, when the people that a victim relies on behave in un supportive or negative ways, the victim faces a longer, more difficult recovery process. These negative behaviors include worrying more about oneself that the victim, blaming the victim, withdrawing from the victim or behaving in a hostile manner, and attaching a stigma to the rape and demanding secrecy from the victim.

Myth: Rape trauma syndrome is a transient problem. Most healthy people will return to a normal state of functioning within a year.

Fact: Surviving a rape can lead a woman to a better understanding of her own strength, but rape is a life changing experience. Rape has a devastating effect on the mental health of victims, with nearly one-third (31%) of all rape victims developing Rape-related Post-traumatic Stress Disorder (RR-PTSD) some time in their lifetimes. More than one in ten rape victims currently suffer from RR-PTSD.

Fact: Rapists that fit the myth are more likely to be prosecuted but a rapist can be anyone: doctor, policeman, clergyman, social worker or corporate president.

Fact: Just because light is not shed on this doesn’t mean it doesn’t exist. Yes, men get raped too.

Fact: Incest is common and happens in every community. According to statistics, most abusers are parents, relatives, and others are non-related. In addition, males are reported to be the abusers in 60 to 95% of cases.

Myth: Sexual assaults are rare deviations and affect few people. After all, no one I know has been raped.

Fact: Sexual assaults are very common. Most likely, someone close to you has been profoundly affected by sexual assault. Not only are victims reluctant to discuss their assaults but many succeed in totally blocking the assault from conscious memory. However, the trauma remains and may come to the surface at another crisis or when the opportunity to discuss it with a sympathetic person arises.

Fact: Women don’t have to lie about rape. No one wants to go through the rape. Statistics have shown that only one in 40 women make false reports of rape.

We hope you have learnt something from this. We will be posting more soon.