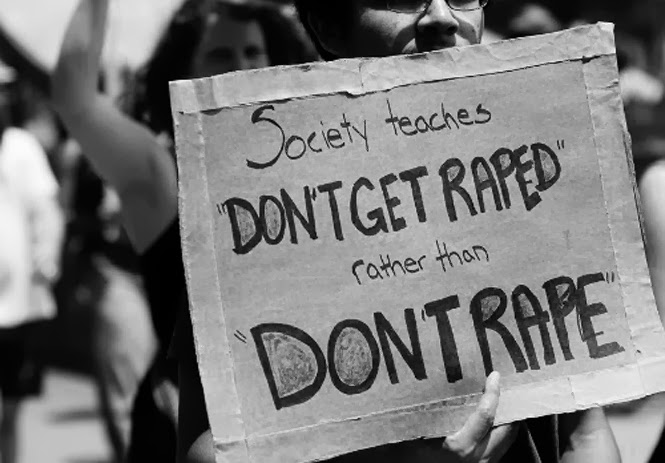 As a nation, one of the growing menaces to human co-existence, and at large peaceful relationship is the issue of RAPE. Nigeria as a country is not in isolation to this menace and no single person or family is. If you are not the victim, you will know one; maybe because the victim is a family or a friend. Perhaps maybe not so closely, but on the pages of papers and on tabloids you would read about such cases. Directly or indirectly, every issue of rape affects everyone. The trauma victims go through most times tend to make them unworthy of life. Thus, every potential in them, if care is not taken, tend to remain untapped and underused. Under-utilization of potential isn’t a loss of the victim or her family alone, but also of the entire world. The thought of a possible under-utilization of potentials and loss self dignity by victim becomes so painful knowing that perpetrators are not the serpent we saw in the book of Genesis in the bible, neither are they aliens from outer space, but people like you and I. So rape victims are humans and rape perpetrators are humans; both of whom live within a society. Who then is worthy to comfort a victim since those inflicting pains live in the same society with them and who should bring perpetrators to book?

A society is not only a social space where we live in. It also means a group of individuals that form the society of people who exist within a defined social space. Unfortunately, except in recent times that people like @AyodejiOsowobi, the brain behind Stand To #EndRape — on twitter: @StandtoEndRape — and other notable people and groups have fought fist and muscle against rape, average human reaction to rape victims has not helped in the fight at all. The least the society can do for survivors is to change her approach and reaction to rape cases. As a people we shouldn’t be judgmental, neither should we blame victims, instead we should care for them and fight the battle with them.

People, agencies and concerned individuals keep talking about the growing cases of rape in the society. I have listened to and read various reasons adduced to be the cause for the increased cases; from women’s indecent dressing to drunkenness and use of drugs in other cases. Then according to Express Tribune of September 20, 2013 in a published letter, I read the perception that suggests rapist rape because they perceive women as object of pleasure because women are seen in societies as sex and baby making machines, and another argument suggests men rape to make a point that they are powerful and to keep up dominance. I would say all of this reasons and more contribute to the high cases of rape, but one other cause that I think needs to be properly looked at is how rape victims are looked at in the society.

Stigmatization is one reason most cases are not reported and why several culprits go unpunished forever. I have heard comments like, ‘oh good for her, why would she dress like that’ I also heard a story of a mother who refused the father to report a rape case on their daughter to the police because of what she termed ‘public shame.’ Instead of condemning victims, we show we truly care, I am sure it won’t be difficult for them to report rape cases. Victim-blaming exonerate the perpetrators, sending them a clear signal of permission. Reports show that many people, who have been stigmatized feel as though they are transforming from a whole person to a tainted one — feeling different and devalued. People knowing what has happened will label you and define your life by what has happened. Instead of living with this kind of experience, victim decides to just keep quiet and heal while culprit walk on the street instead of being in solitary.

On ESPN.com, Jeff MacGregor writes and I quote “Nothing will change until we make the reporting of rape easier and safer for victims. Until we de-stigmatize victims and stigmatize offenders”, He further wrote “Nothing will change until we hold institutions and people completely accountable for what they do. Blaming the victim, unsubtle slut-shaming masquerading as advice” he concluded is bad.

I also read a testimony in a blog called women under siege and it reads; “After the man raped me, my family would not eat with me. They treated me like a dog and I had to eat alone.” It was a testimony of a Darfuri woman interviewed by Physicians for Human Rights for their 2009 report “Nowhere to Turn.” Another survivor also explained what happened to her in the blog when she returned home after her attack: “My brother said to me, ‘If you stay in my house, I’m going to shoot you.’”

I @manueladesola am a real man, I don’t do rape, so shouldn’t any man. Join us in this fight!