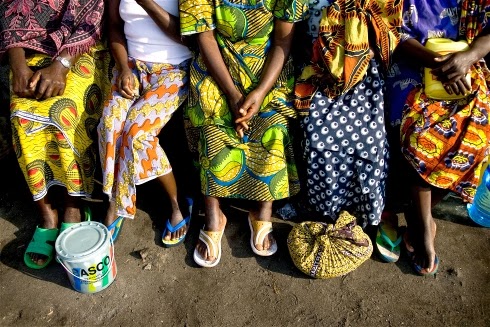 Eight survivors of sexual violence committed in the wake of Kenya’s December 2007 general elections have taken the government to court over its alleged failure to protect them or investigate the crimes committed against them.

The case, which is being heard in the Nairobi High Court, comes just two weeks before another general election widely seen as a landmark for Kenya.
“The survivors are suing the government for non-action both in terms of protecting people from violence during this period [2007-2008] but also for failing to institute investigations to ensure perpetrators can be brought to book,” Saida Ali, the executive director of the Coalition on Violence Against Women (COVAW), told IRIN.

Those bringing the case to court include two male victims of sexual violence and six civil society organizations: COVAW, the Independent Medico-Legal Unit (IMLU), the Kenyan Section of the International Commission of Jurists (ICJ Kenya), and Physicians for Human Rights (PHR).
“Nobody wants to take the responsibility for these crimes. It is not just about the police but also public health facilities taking the responsibility to offer care and treatment to those affected,” Ali added.

The current constitution compels the government to provide services such as counseling, treatment and protection to victims of sexual violence. But women’s advocates say that too often these services are unavailable.

“The constitution is clear on the role of government in providing services to victims of SGBV [sexual and gender-based violence],” said Ali, who estimated that more than 3,000 incidents of sexual violence were committed after the 2007 election.

Physical and sexual violence against women is commonplace in Kenya, where it is rarely regarded as a serious crime, according to Battering, Rape and Lethal Violence, a recent report by the Small Arms Survey.

The report attributes this to “low status of women in society, patriarchal values and power structures focused on male dominance, discriminatory institutions and implementation of laws, [and] the absence of a legal framework on intimate partner violence.”

“The legal framework on sexual violence is strong but is not always implemented, and justice remains largely inaccessible, especially for poor women,” Claire Mc Evoy, the report’s author, told IRIN.

“We want to, among other things, use the case to compel the government to set up a special division within the High Court to deal with cases of SGBV,” Ali said.

The Conversation on Rape is Changing

Join Our Conversation on International Day of the Girl Child