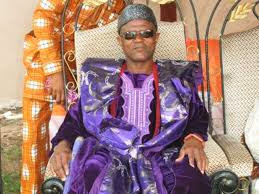 But the same court lampooned the accused for sexual rascality that brought shame to himself, his family and his kingdom.

The court said the Oba was morally culpable. But by law, he was in the clear: it had insufficient evidence to nail him for rape.

If indeed the law is codified morality, then that “dual” judgment leaves a bitter taste in the mouth.

The court lamented the absence, as damning evidence, of stained bed sheets (which the accused would have gleefully surrendered), tom underpants and medical reports confirming forced penetration – and possible bruises – to prove rape.

It then heavily descended on the Police, accused to have bungled the investigation.

So, after all said and done, much less have been said than done. The alleged rapist is in the clear.

The alleged victim is far from justice, rocked by emotional trauma, even after the rigour and humiliation of trial, at a stage during which the accused camp gleefully asked her to expose (if not to the open court, then to the judge in chambers!) her private part, to prove she was bruised! How callous can a judicial system be.

What next then: is the coast clear for the next royal rapist – or any rapist at all – on the prowl? Or is the Nigerian court system still captive to the Kabiyesi syndrome of the Yoruba feudal era?

The Kabiyesi, in Yoruba culture, is he who cannot be questioned. Indeed, he is next only to the gods, who themselves are next only to Olodumare, the Almighty.

But, of course, that is the problem with feudalism! How can frail humans be invested with god-like privileges without something terrible giving?

Indeed, history is replete with many a royal “unquestionable”, whose inability to question their libido landed them and their peoples in soup.

In Shakespeare’s Anthony and Cleopatra, Anthony lost his half of the Roman Empire – and his life – virtually on the laps of Cleopatra, the bewitchingly beautiful queen of Egypt. Loose libido was also central to the destruction of ill-fated Troy.

A Trojan prince, Paris, had seduced Helen (some sources suggested he actually raped her), wife of Spartan King Menelaus and most beautiful woman in antiquity; and eloped with her to his native Troy, sparking a Greek military expedition that eventually erased Troy.

The whole of the Yoruba country quaked with Kiriji War (1877-1893) because someone exercised his libido with impunity.

Ajele Oyepetun, the sitting Ibadan viceroy at Okemesi, had raped the wife of Fabunmi, an Okemesi son and intrepid warrior, who promptly beheaded the Ajele for the forced cuckoldry and its terrible stains. That baited the Ibadan imperialists to war.

Though that war ended in stalemate, it put an end to Ibadan military hegemony in Yorubaland.

Oba Alli’s alleged rape mess therefore falls squarely within the compass of royal licentiousness. But the difference between then and now is that the law tries to avail every citizen-king or commoner – justice; and avert collective catastrophe from individual recklessness.

It is doubtful, however, if the Osun judgment, in this rape case, has served anyone justice.

The young woman alleged it was rape, since the Oba had allegedly been making passes at her. Besides, when the Oba started pressuring and threatening her, prelude to alleged rape, she sent panic text messages to her NYSC employers and her pastor, who also alerted the Police.

Police, however, declared the time too late to do anything. By the time the Police jerked themselves awake, the following morning, the poor girl’s goose was cooked. The errant Oba had had his way.

But the Oba countered it was consensual coitus, since both allegedly consenting adults were lovers. He even claimed the girl enjoyed it while it lasted!

The court believed the Oba. But even at that, its heart quaked with moral guilt, as it railed at the Oba’s immoral and disgraceful conduct. That was enough stain; for a royal father should protect every member of his community.

But rape or not, the Oba’s conduct is most reprehensible. Helen was a youth corps member from another part of the country, the South East.

Aside from the Federal Government and the NYSC, Oba Alli, as traditional ruler, should have been her closest protector. Yet, his loose libido led him to embrace the infamy of alleged rape.

How would the Oba and his community have felt if the reverse had been the case; and an Ilowa-Ijesa daughter, at the receiving end?

Even if the Oba was sexually wayward, how does one justify his Ilowa-Ijesa community’s callousness during the trial?

Newspapers reported a segment of the community mobilising pupils to demonstrate, near the court premises, in Osogbo: demonising the alleged victim, lionizing the alleged rapist. How low can a community sink! And to think all that was done to intimidate the court!

Just as well the Osun government frowned at that gross’ misconduct, threatening to punish the irresponsible teachers and community dealers (sorry, leaders!) behind that outrage. It should walk its talk; and do just that in full public glare.

Oba Alli may not have been found guilty of rape nut the court proved and rebuked his sexual Irresponsibility, which; to say the least, is a blight on his throne, which like Caesar’s wife, should be beyond reproach.

If his community would tolerate such turpitude, then it is the bounden duty of the surrounding communities, nay, other Osun traditional rulers, to ostracise this monarch whose un-royal behaviour gives the Yoruba monarchy a bad name.

The Osun government, on its own part, should appeal the case to secure justice for all. But even as the process is on, it should formally apologise to, and compensate Miss Okpara, on Oba Alli’s hideous behaviour. This is imperative to distance the state from this un-royal scandal.

The NYSC authorities, on their own part, should insist on formal apology, from the Ilowa-Ijesa community; and a written commitment that no corps member would ever, in that community, suffer Miss Okpara’s trauma. Until these are done, it should not send new corps members to llowa-Ijesa.

As for the law, it should shape up. A monarch with rampant libido is no roguish but fictional Baroka outwitting Lakunle for village jewel, Sidi, in Wole Soyinka’s The Lion and the Jewel. He is rather a real danger to himself, his throne, his people and his culture.

Such putative rapists should be nailed and thrown into the slammer where they belong. It is not enough for the court to morally wring its hands, while a probable rapist escapes the law.

Culled from: The Nation
0 Likes